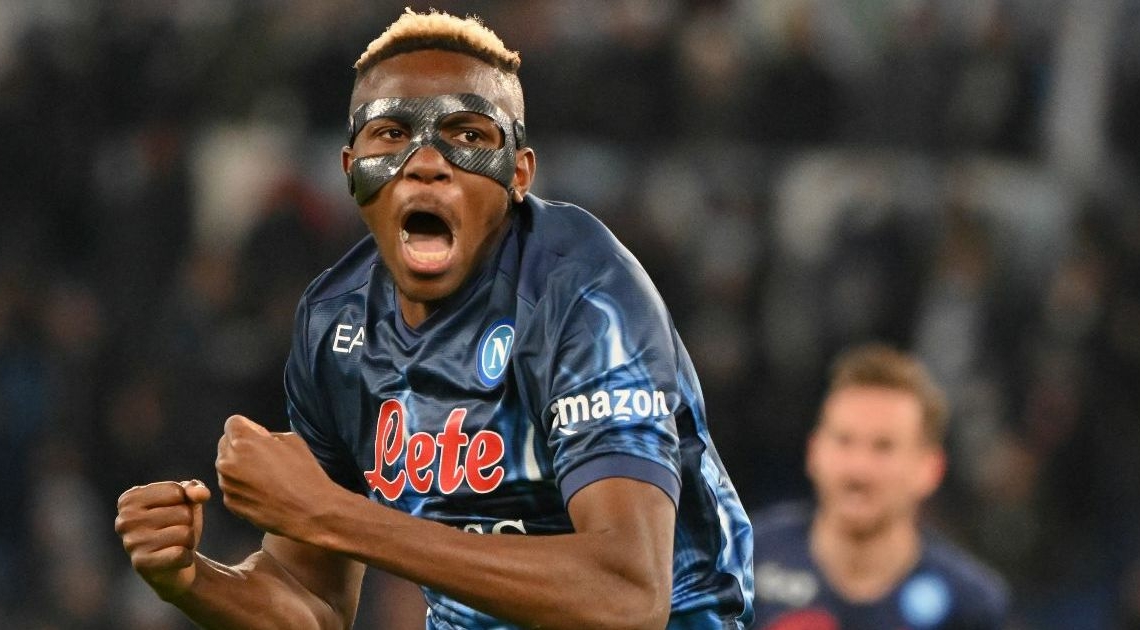 Former Italy striker Sergio Pellissier has rated Victor Osimhen as the best forward in the world at the moment.

Osimhen has caught the eye following his impressive displays for Serie A club, Napoli this season.

The 23-year-old is currently the top scorer in the Italian top-flight.

The Nigeria international has scored 10 goals and recorded three assists in 14 appearances across all competitions for Napoli this season.

Pellissier insisted that Osimhen is the best in the business at the moment.

“I’ve been saying for years that Victor Osimhen is among the most complete there is at the moment,”Pellissier told TMW.

“This year he’s doing extraordinary things, making the difference. He’s the one who’s making Napoli better, I see him as the best.”

He joined Napoli from Ligue 1 club, Lille in 2020 and has a contract with the Partenopei until 2025.