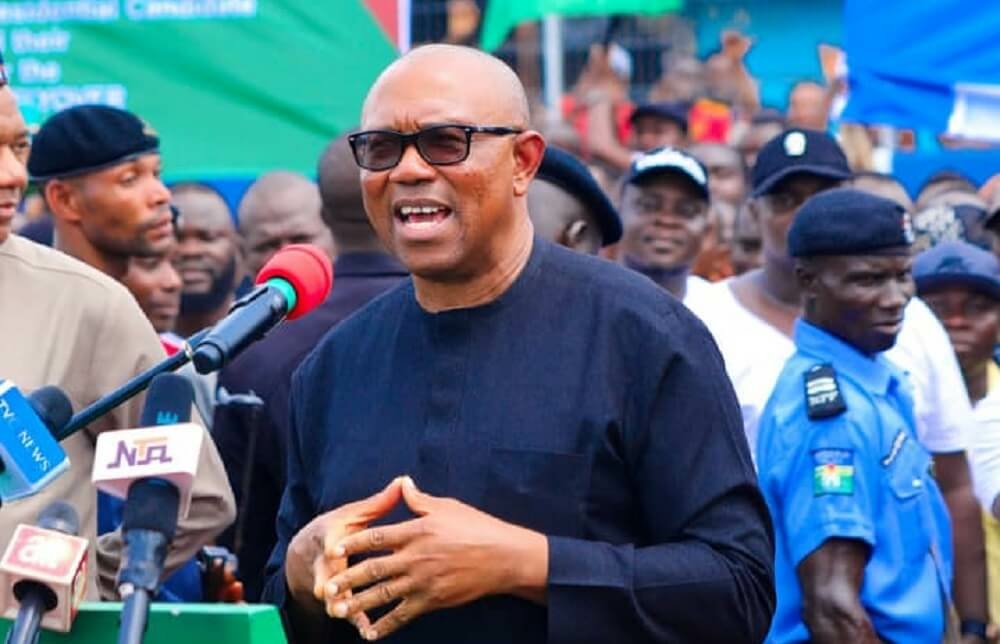 Peter Obi, the presidential candidate of the Labour Party (LP), has finally released his campaign manifesto ahead of the 2023 general election.

THE 62-page campaign manifesto is titled “Our Pact with Nigerians: Creating a New Nigeria,” according to WITHIN NIGERIA.

This comes just days after Festus Keyamo, the spokesman for the All Progressives Congress (APC) presidential campaign council, challenged Obi to produce his campaign manifesto before Tinubu agreed to a debate.

On Saturday, December 3, 2022, the campaign manifesto was unveiled at the LP Secretariat in Abuja.

The manifesto unveiled Obi’s proposed plans to lead Nigeria if elected president and Page 18 of the document detailed his economic plan, which is based on a shift from consumption to production through the operation of a production-centred economy powered by an agrarian revolution and export-oriented industrialization.

Meanwhile, the APC issued a statement explaining where its presidential candidate, Asiwaju Bola Tinubu, is after he declined another invitation to a town hall meeting.

According to WITHIN NIGERIA, Arise Television has invited the former Governor of Lagos State to another debate, despite his earlier statement that he would not attend any during his election campaign.

Despite this, some reports claimed that Tinubu, who was scheduled to speak at Chatham House on Monday, had been denied a visa to the United Kingdom (UK).

The APC Presidential Campaign Council (PCC) has criticized the viral reports, pointing out that its candidate has already left for London.

According to WITHIN NIGERIA, Bayo Onanuga, the APC Presidential Campaign Council’s Director of Media and Publicity, confirmed this in a statement issued on Saturday.

Onanuga also chastised Arise Television for constantly broadcasting an advertisement for its upcoming town hall meeting, in which Tinubu had already declined to participate.