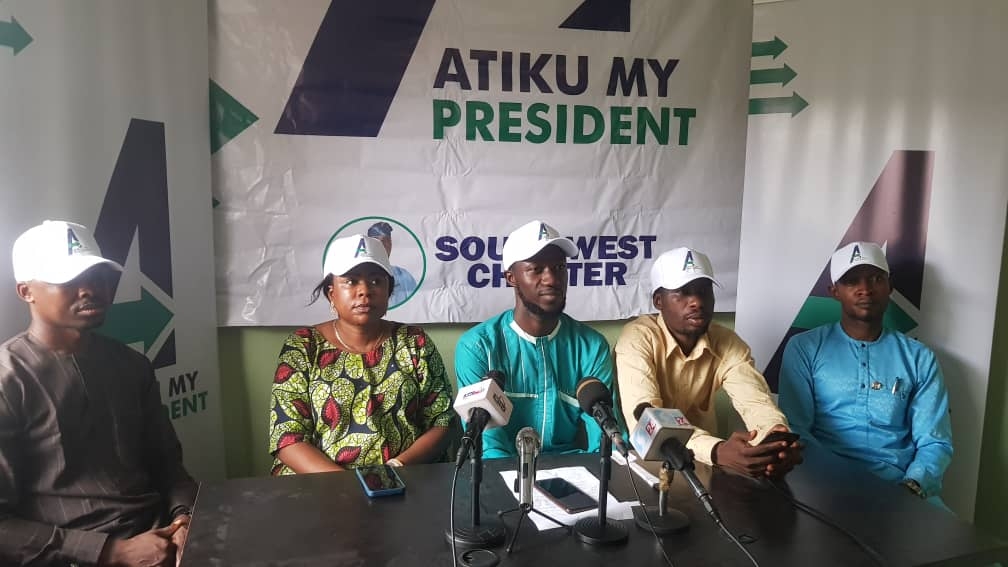 The southwest chapter of the “Atiku My President” campaign group claims it will mobilize over two million votes for Atiku Abubakar, the Peoples Democratic Party’s (PDP) presidential candidate in the 2023 election.

Toyeeb Owolabi, director-general of the Lagos state PDP, said during a press conference at the party’s secretariat that the decision to mobilize support for Atiku is based on his “political pedigree and competence.”

According to Owolabi, Atiku understands governance and knows what needs to be done to save Nigeria.

He claims that many of Nigeria’s problems are directly related to bad government policies.

As a zone, we are mobilising at least 2 million votes for him because we believe in his competence and capacity to tackle the issues bedevilling our nation,” Owolabi said.

Look around you, you will see there is no middle class again. This is due to bad government policies and the level of insecurity is high.

We have lost our esteemed position as Africa’s most preferred investment destination. If we don’t get it right, our nation may just go into extinction.

Atiku Abubakar has been there before and the testimonies abound about his giant strides in the areas of economic re-engineering. He has what it takes to get the giant of Africa, Nigeria, back to its feet again.

Sodeinde Daniel, the group’s general secretary, believes Atiku understands the political terrain so well that he will solve the country’s problems quickly.

He also stated that accountability and transparency are Atiku’s top priorities in governance and that his election as president in 2023 will bring prosperity to Nigerians.

The group’s female leader, Ireti Adegoroye, stated that with Atiku in power, all demographic segments of the country would feel a sense of belonging.

Ireti added that Atiku’s first wife is from the south-west, so voting for him means more “goodies” for the region.