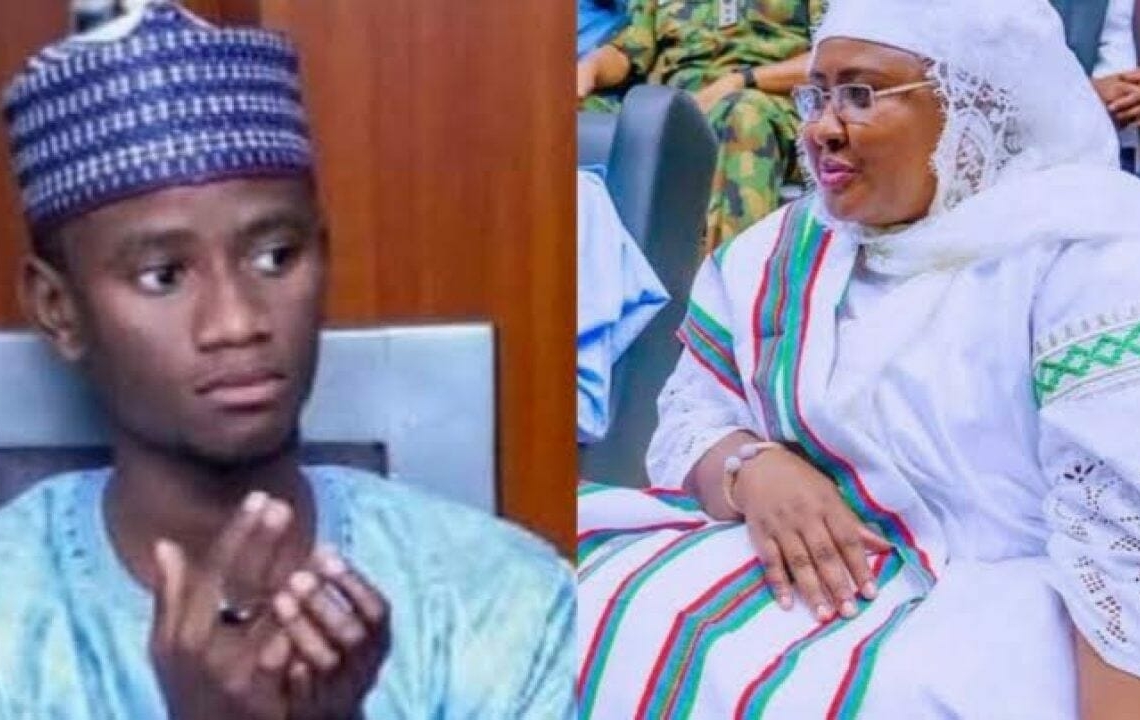 The National Association of Nigerian Students (NANS) has requested that Nigeria’s First Lady, Aisha Buhari, publicly apologize to Aminu Mohammed Adamu, a final-year student at the Federal University Dutse in Jigawa State, who was arrested, assaulted and detained on her orders.

Remember that Adamu was arrested by security operatives a few days ago for accusing the First Lady of feeding on poor people’s money in a tweet.

Following allegations of assault, the young man was arraigned on Tuesday before the Federal Capital Territory High Court in Maitama, where he pleaded not guilty.

On the other hand, Aminu was released on Friday after being detained for about two weeks. Following a public outcry over his detention, he was released, which compelled the First Lady to drop the case against him.

According to reports in Nigeria, Aminu met with President Muhammadu Buhari before reuniting with his family.

However, hours after his release, NANS charged the First Lady to apologize to Aminu in a statement signed by the Ogun State Chairman of the Joint Campus Committee (JCC), Comrade Kehinde Damilola Simeon, on Saturday.

According to the student union, Madam Buhari abused her power by punishing the student in this manner.

However, NANS has stated that Adamu’s release and meeting with President Buhari were insufficient, and that he should be compensated with an apology letter.

We consider that the meeting of the President with Aminu after his release from detention is not enough.

Madam Aisha Buhari should apologize publicly in at least four daily newspapers. Aminu and his family should be compensated for the inhumane condition the first family had thrown them into in the last few days.

These principles are what we consider as the fundamental basis for demanding the release of the unjustly victimized Nigerian student, Aminu Adamu, who had only said nothing but the truth which is visible to all.