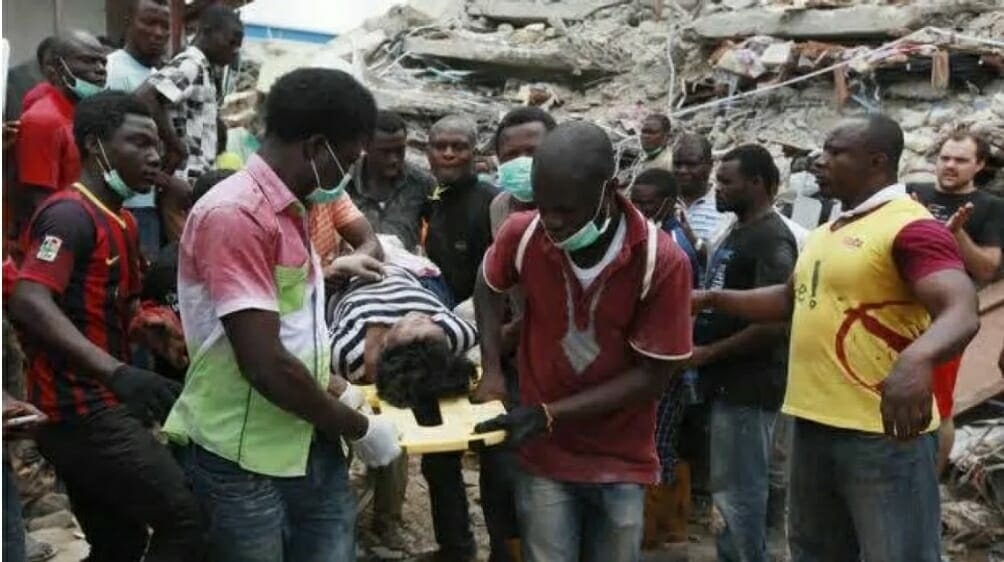 Anger-filled Urua Ekpa community members in Akwa Ibom State’s Itu Local Government Area have begun organizing a large-scale protest in response to the weekend death of Marvelous, a construction worker who was buried in a collapsing subsurface drainage system.

According to reports, the accident was the result of human error and a subpar rescue effort. Youths from the community were said to have used shovels to make manual efforts because the construction company was unable to immediately send an excavator.

Local neighbor Mfon Udo, who claimed to have helped with the rescue effort, expressed regret, “the victim could have been rescued alive, but for lack of earth-moving equipment like excavator, which forced us to join in digging the spot for over four hours to get at his remains, heavily pressed down in the rubble.”

He explained that “the structure collapsed under the weight and vibration of a motorized equipment that was packing and ferrying the chipping stones closer to the underground, where the victim, a mason man, was trapped, while trying to pour the cement and concrete mixture in the construction of the underground water tunnel.”

He expressed worry that “a job of this magnitude could be awarded to a local contractor as a political compensation” to the firm allegedly owned by Elder Benji Udobia, the political leader of Esit Eket Local Government Area, and urged Governor Udom Emmanuel to cancel the contract and re-award it to a major company with excellent safety standards as his tenure nears its May 29, 2023 exit date.

“We have been completely cut-off from Uyo, the state capital, because of perennial floods that submerged houses and people losing their lives every rainy season. So, when we saw contractors being mobilized to the site, we commended the governor for this rescue mission, but it turned out to be a big disaster to the people.”, Effiong Bassey, a youths’ activist from the Itu LGA, lamented.

Following a warning by the irate community youngsters to start a protest over alleged neglect, which resulted in the tragic occurrence, checks revealed that the contractor had abandoned the assignment.

“Since the accident happened, the contractor has disappeared with their equipment from the site, and from the look of things, the job has been abandoned because the administration is already getting closer to its end of tenure in 2023.”, Emmanuel Akpan’, a resident said.