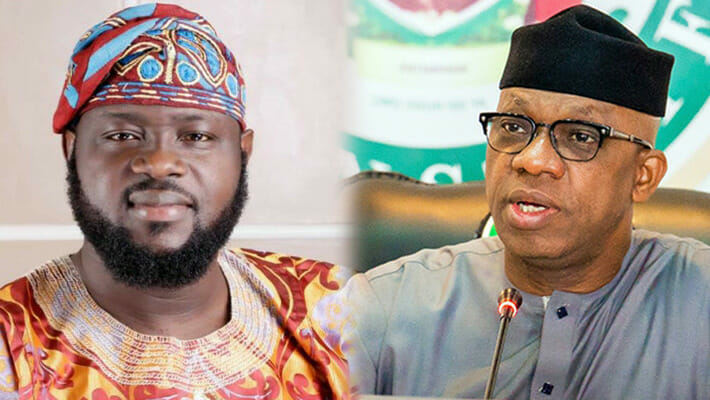 A United States court documents have revealed how Governor Dapo Abidoun of Ogun was paying convicted fraudster Bidemi Rufai “$50,000” per deal as a state appointee.

In May 2021, Rufai was apprehended by U.S. security officials at New York’s John F. Kennedy International Airport while returning to Nigeria.

Court documents listed that on May 26, 2021, he was indicted on one count of conspiracy to commit wire fraud, nine counts of wire fraud and five counts of aggravated identity theft.

According to Washington Post, Governor Abiodun was paying Rufai $2,000 as his official salary as well as the $50,000 cut meant for “introducing people” to him.

Both pays were much higher than the average Nigerian earnings in a government circle.

Peoples Gazette reported that Abiodun has gained a reputation in Ogun state as an astute transactional governor while he’s also profoundly referred to as “Mr ten percent” by those within his administration.

A nickname he got as a result of his renowned fixed rate of charging an extra ten percent on land sales from multinational companies hoping to establish factories in Ogun state.

The aforementioned publication reported that Kunle Somorin, the Chief Press Secretary to Governor Abiodun, however, refused to respond when contacted for comments.

Rufai appeared before a federal court a day after his arrest on charges alleging he used the identities of over 100 U.S. residents to fraudulently receive more than $350,000 in unemployment benefits from the Washington State Employment Security Department during the COVID-19 pandemic last year.

WITHIN NIGERIA recalls that Rufai was sentenced in September to five years imprisonment for wire fraud and aggravated identity theft by the U.S. district court in Western Tacoma, Washington.

The court also ordered the forfeiture of $604,260, proceeds of wire fraud from Rufai.