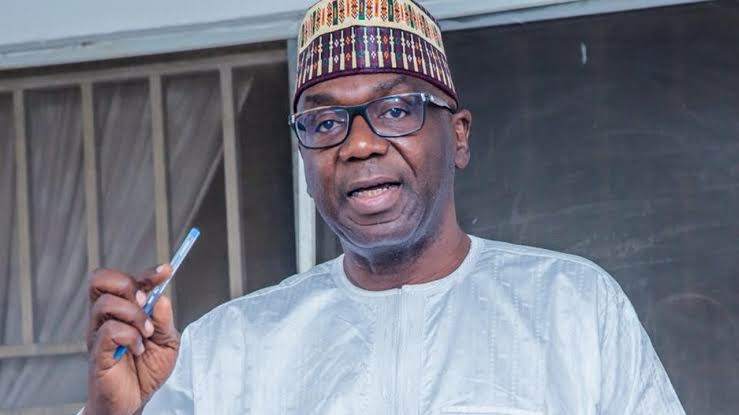 Dr. Kazeem Lakadir, the star recipient of the State’s Civil Service Award program, received a car key from Kwara State Governor AbdulRahman AbdulRazaq over the weekend in recognition of his exceptional performance and character in the service.

While honoring the star winner and other award recipients, the governor pledged to continue his administration’s encouraging programs for the state’s employees.

“We have come to the end of the civil service week, which is a well organized event. It is nice to see smiles on your faces,” the Governor said in Ilorin at the Kwara State Civil Service Dinner and Award Night on Friday.

Dr. Lakadir, a staff of the Ministry of Health, won the star prize following a painstaking screening and recommendation of the Award Presentation Committee.

“Let me congratulate the awardees of this event. It is truly well deserved. It was only yesterday I was mentioning what the Ministry of Health did during the Covid19 pandemic and their outstanding performances. This award has come to show that I was not misplacing my praise for them,” he said.

AbdulRazaq commended the State Head of Service Mrs Suzan Modupe Oluwole for the initiative, which, according to him, was designed to make the workers happy.

“I congratulate the Head of Service for putting this event together. It is a good thing to make sure that the workforce is happy, to rally them together and make sure the right things are done for the State,” he said.

“On our part as a State we will make sure we always do the most responsible and sustainable things for you to make sure you have a conducive environment to work, and make sure your salaries are paid as and when due.

“We will do the needful to make you happy. Once you are happy you will deliver the service to the State.”

Other prizes doled out to the runners up and other categories of awardees included Plasma TV, Refrigerators, Power Generating set, and Fans.

“By the special grace of God this event will be bigger next year. As you know our government takes your welfare very seriously and we will always do that,” he added.

The event was also attended by the Deputy Governor Kayode Alabi; cabinet members and other government officials; serving and retired permanent secretaries; labour leaders; and other top civil servants in the state.

Mrs. Oluwole, for her part, thanked AbdulRazaq for prioritising workers’ welfare and for approving funds for the colourful event.

Civil servants who spoke at the event took turns to appreciate the Governor for being labour friendly.