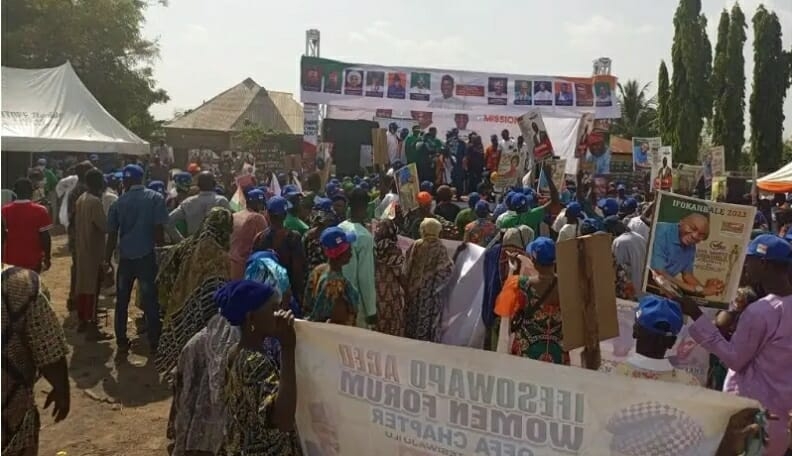 The Social Democratic Party (SDP) launched its general election campaign on Monday in the Kwara South senatorial district of Kwara state with the main objective of winning the state at all levels.

A sizable throng of party members and SDP candidates running for various positions in the 2023 election attended the program that was held in the town of Ajase-Ipo in the state’s Irepodun local government region.

Alhaji Hakeem Lawal, the SDP candidate for governor of Kwara state, told journalists at the program’s location that his focus was on getting young men off the streets, who he claimed were now primarily commercial motorcycle “Okada” riders.

He said, “In the past, it has never been like that, our youth were the leaders in the North in many fronts and not the majority who are now Okada riders. Today, our education system, healthcare, infrastructure and many others sectors are in a pitiable condition.

“We must do things differently to get a different result and that is why you can see that the crop of young men in SDP are different from other parties.

“We are people from a professional background. I am a chartered accountant, our senatorial candidate is a US-trained medical doctor, among others. We have a lot to lose and our name and reputation at stake if we disappoint the people. Kwara has woken up to this fact and anybody who does not live up to his words will be kicked out.

“We have been around the state and we relate with the people who are on ground. What we have in Kwara state today is a shame from the past. People are tired of the past and what we have presently and so want a new change which only the SDP can guarantee.

Also speaking, the SDP senatorial candidate for Kwara South, Professor Wale Suleiman, described the event as a new beginning in Kwara state, adding that SDP will move the state to the next level of progress.

He said that it was unfortunate that out of the 170 million people living in poverty in Nigeria, over half is from Kwara state.

He also said that the SDP, with its candidate across board, had not only the brain power, but the capacity and structure to move the state forward and correct all the negative indices of development across all sectors.

Suleiman added that contrary to the belief in some quarters, SDP is not only strong in Kwara South but would win across the state in various positions in the forthcoming general elections.

On his part, the SDP House of Representatives’ candidate, Hon. Saheed Popoola, said that the SDP has the people “who want change”, adding that the party is the only alternative to guarantee good governance in Kwara state.