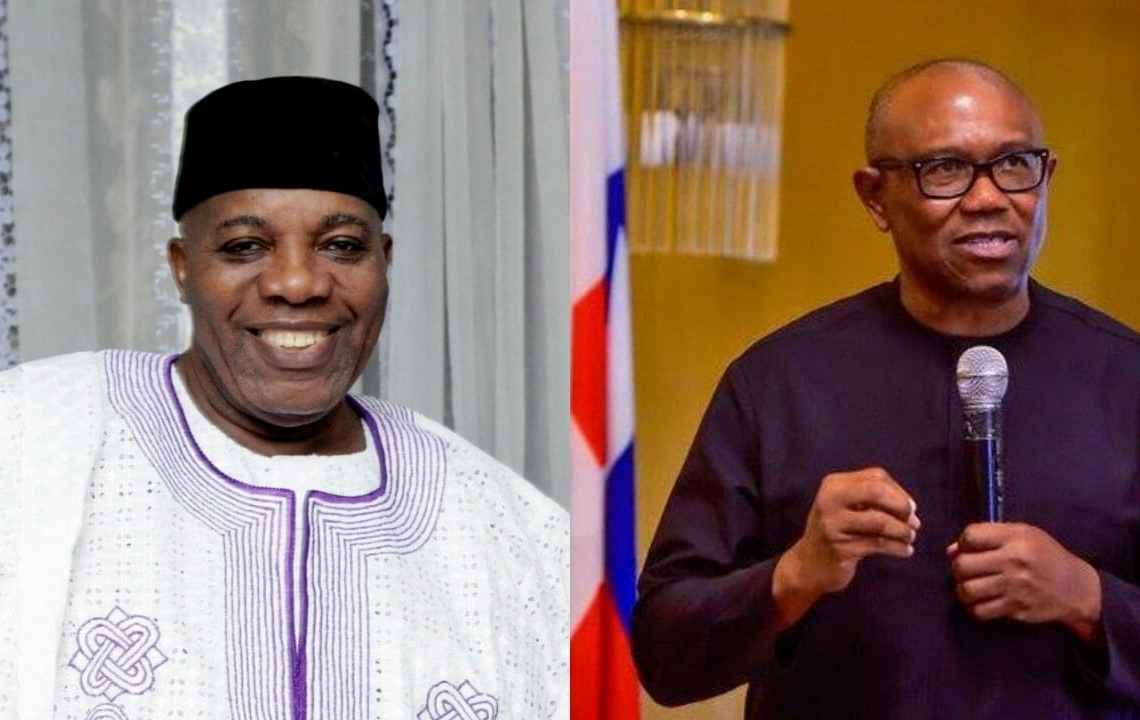 Doyin Okupe, the Director-General of the Labour Party’s Presidential Campaign Council (PCC), has come out to call reports of him calling the party’s flagbearer, Peter Obi, a “baby aspirant” a lie from hell.

WITHIN NIGERIA, it was learned that Okupe took to the microblogging platform Twitter to refute reports that he had referred to Obi as a baby presidential candidate who doesn’t know his left from his right.

What would he do with Obi if he was truly a baby presidential aspirant, as rumor has it?

The development comes just two days after the Ogun State chapter of the party fired Okupe and ten others on Thursday for alleged non-financial membership status, high-handedness, and financial recklessness.

However, the party leadership defended him, with people like the spokesperson for the Labour Party Presidential Campaign Council, Dr Yunusa Tanko, stating that he remains the party’s DG and that those who want to sack him did not put him there.

Also on Friday, the party’s National Secretary, Alhaji Umar Farouk, said the Ogun State faction had acted outside its jurisdiction, adding that internal conflict resolutions are used to resolve disputes.

Farouk revealed that the national leadership was aware of attempts by opposition members in some political parties to infiltrate the LP’s rank and file at all levels in order to sow discontent.

It has come to the attention of the National Leadership of the Labour Party, LP that the Ogun State chapter of the party has purportedly suspended one of the party members who happens to be the Director General of the Presidential Campaign Committee.

The Ogun state chapter has acted outside its constitutional Jurisdiction. The party has an internal conflict resolution mechanism of handling cases against party members as enshrined in the party’s Constitution, and Okupe still remains a card-carrying member of the LP and the DG of the PCC.

However, Okupe, in this fresh development, said;

I can’t join issues with a baby presidential aspirants who don’t know his left and right.

Okupe replies Peter Obi. This is a lie from the pit of hell. All those involved in these evil fabrications will be judged by our righteous God.

This is a season of lies, fabrications and disinformation. 1st they claimed I said ” I can’t join issues with a baby presidential aspirant.

This is ridiculous & obviously pure mischief. unfortunately, we are smarter than these demons & as God liveth grand failure awaits them.