Shettima: Social media is where truth goes to die in Nigeria 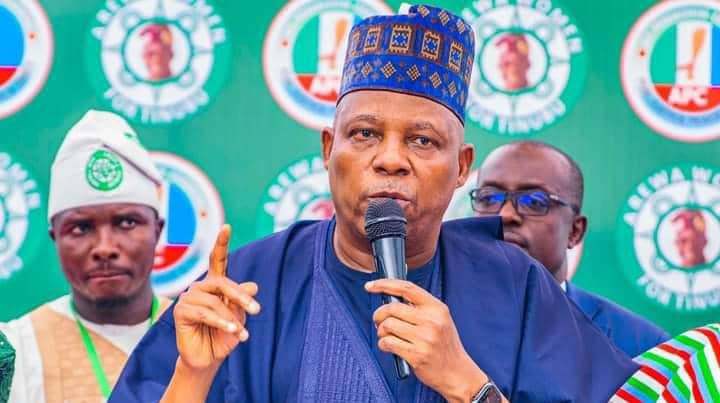 Vice-presidential candidate of the All Progressives Congress (APC), Kashim Shettima has disclosed that a series of fake stories on social media against him are coordinated and sponsored by top Nigerian politicians.

The former Borno governor described social media as the place where “truth goes to die” in the country.

Shettima spoke on Sunday in Abuja during a reception in his honour by the Borno Indigenes Forum.

The vice-presidential candidate said the social media spaces playing a host of fake stories have also served as platforms where the truth is being murdered in Nigeria.

“I would’ve veered off to a place of hate if I had allowed the bigotries I encountered to define me. Even as a two-time governor and, now, senator, I’m just as vulnerable to bigotry as every Nigerian,” Shettima said.

“If you intend to see where the truth goes to die in Nigeria, then don’t look too far away from the electronic exchanges on social media. Most of the falsehoods dispensed are, unfortunately, carefully-coordinated attacks by agents of those running for the highest office in the country.

“My venturing into politics has taken me to the bank of this river of hatred between and among groups in the country. Sometimes, you come across the energy devoted to promoting their improbable fiction that you begin to wonder if their redemption is possible—if they would ever agree to submit to superior facts. But we have to thank the exceptional citizens and journalists volunteering to fact-check the imaginary stories.”

Shettima said he feels emotional whenever pictures of his engagements with locals are shared on social media with another narrative different from the truth.

“As a governor, for instance, I engaged with various groups in Borno State to learn from their experiences or as a courtesy required from a leader whenever I came across them. Some of such encounters were with vigilante groups helping us in the war against Boko Haram or with Fulani herdsmen within our jurisdiction.

“So, whenever photos from such meetings are shared to make certain allusions, I was unsure of whether to laugh or cry for the nation. Their allusions are a product of the usual unchecked ethnic profiling, and that’s a risky political strategy for a country already too divided.

“But we can’t afford to give up. We can’t afford to take their bait. The day we embark on responding to profiling any group with similar colour of hate, we are halfway to the end of this union.

“This is the chaos they seek. But we are far too sophisticated to see any Nigerian as an enemy just because of their ethnicity, religion, or region. We will weaponise neither our ethnic nor regional identity to oppose any individual, whether their agenda is printed on a billboard or intended to be a secret campaign.

“The darkest irony in our politics today is the sponsorship of hate campaigns by front-line political candidates against an opposing group in the very country they are asking to govern. I expect you to be the voice of reason in teaching conflict profiteers in our midst about the enduring bond we share. We would’ve been long overrun if we had paid mind to any politician who invests in divisions, the ones who’ve seen and experienced the devastation of violence firsthand.”