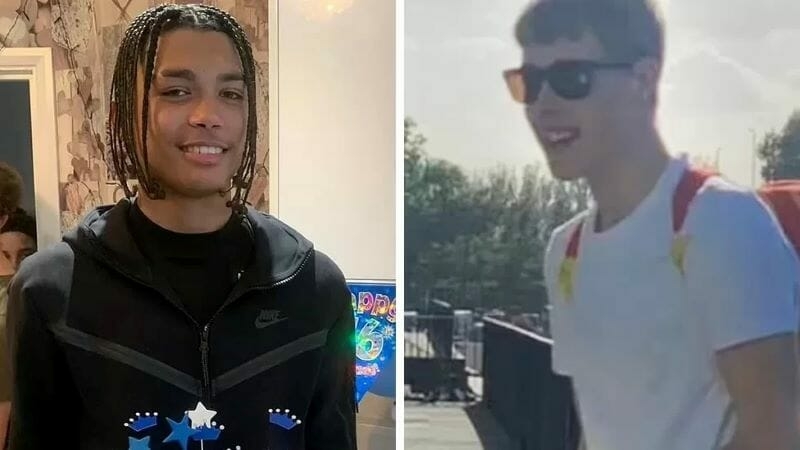 The teenage victims were stabbed to death a mile apart on Saturday, 26 November 2022.

Solanke was found wounded in Titmuss Avenue in Thamesmead while Bartolo, was discovered in Sewell Road, in Abbey Wood, on the same day.

The third suspect, Hussain Bah, 18, of south-east London, was arrested on Friday, December 2, and will appear at Bromley Magistrates’ Court later charged with the murders.

The Metropolitan Police previously said a 16-year-old boy had been arrested on Tuesday and a 15-year-old boy later that day in connection with the murder.

Police said that the killings were linked.

Officers from the Metropolitan Police were called at about 5.10pm on Saturday to reports that people had been injured at the two separate locations.

Paramedics and an air ambulance were also sent to the scene, where Kearne and Charlie were found with stab wounds.

Both were tragically pronounced dead at the scene.

The two other teenagers arrested earlier attended Bexley Magistrates’ Court on Friday, both also accused of murdering the two boys.

The pair were remanded in custody and are due to appear at the Old Bailey on 6 December.

Detective Chief Inspector Kate Blackburn, from the Met’s Specialist Crime Command, welcomed the developments but said police still want to hear from anyone with information.

“Today is another step forward in our investigation into this shocking incident but I would reiterate my appeal to anyone who has information about the events that resulted in the deaths of Charlie and Kearne to come forward and speak to police,” she said.