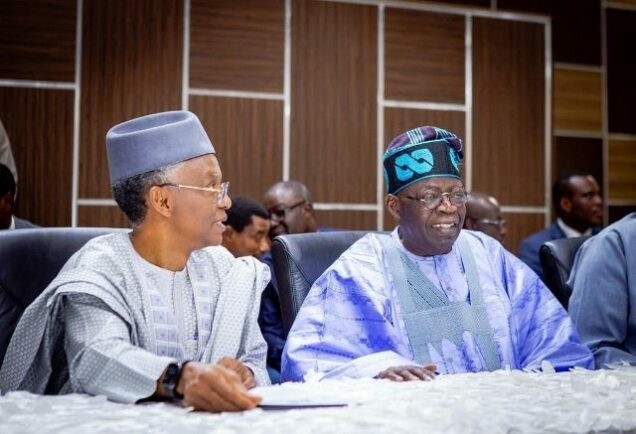 Kaduna State Governor Nasir El-Rufai has revealed how Bola Tinubu, the APC’s presidential candidate, would deal with insecurity if elected in 2023.

Following the fall of Libya, El-Rufai revealed that Tinubu would address the problem of small arms proliferation in Nigeria.

El-Rufai stated in a speech delivered in London that Tinubu would use increased policing and security personnel to address the challenges posed by insecurity.

According to El-Rufai: “Security has been a big issue in Nigeria in the last few years and that has affected not only real economics but agricultural production, commerce and everything else. Tinubu administration will address these challenges in at least three ways.

“Policing, Nigeria has about 300, 000 policemen for a population of over 200 million. We need at least twice that number.

“With an increased security footprint, there will be fewer criminal activities. The second step is to look at our armed forces and security architecture.

“Nigeria’s armed forces are not more than 200,000 in size including the Army, Navy and Air force while some countries are looking at a space military, we are struggling with just 200,000 members of the armed forces.”

Over the years, Nigeria has suffered intense insecurity challenges with banditry, kidnapping, and armed herders on the prowl across the country.

In the North, banditry and Boko Haram have unleashed terror on residents of the geo-political zone.

Several communities in the North have been attacked with people kidnapped and killed by bandits and Boko Haram.

In the Southern part of the country, kidnapping has continued to increase.