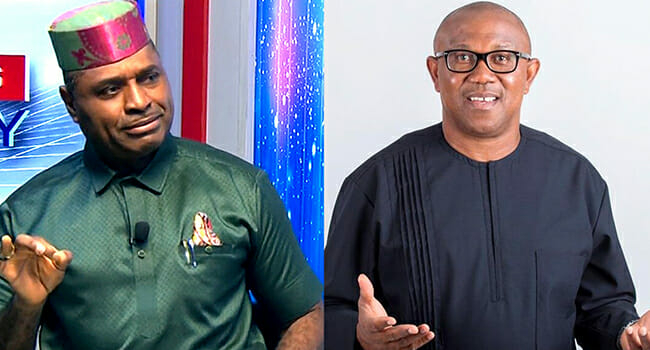 WITHIN NIGERIA recalls Tinubu saying at the party’s rally in Gbaramatu, Delta state, on Friday, November 26, 2022, that mentioning the name of LP presidential candidate, Peter Obi, would be a disgrace.

The former Lagos State Governor stated that Obi’s incorrect statistics are not what Nigeria needs right now, adding that he (Tinubu) is one of the few presidential candidates still running.

Responding to Tinubu’s statement, Kenneth Okonkwo said on Channels TV Political Paradigm that he was excited and thanked God for it.

While subtly mocking Tinubu, Kenneth stated that no one wants to associate with a drug lord, terrorist, or thief because it is a disgrace.

He urged Tinubu to mention the Peoples Democratic Party (PDP) presidential candidate rather than Obi because they are two sides of the same coin.

Kenneth went on to say that Obi is an anointed candidate and that Tinubu’s mouth is not holy enough to call him that.