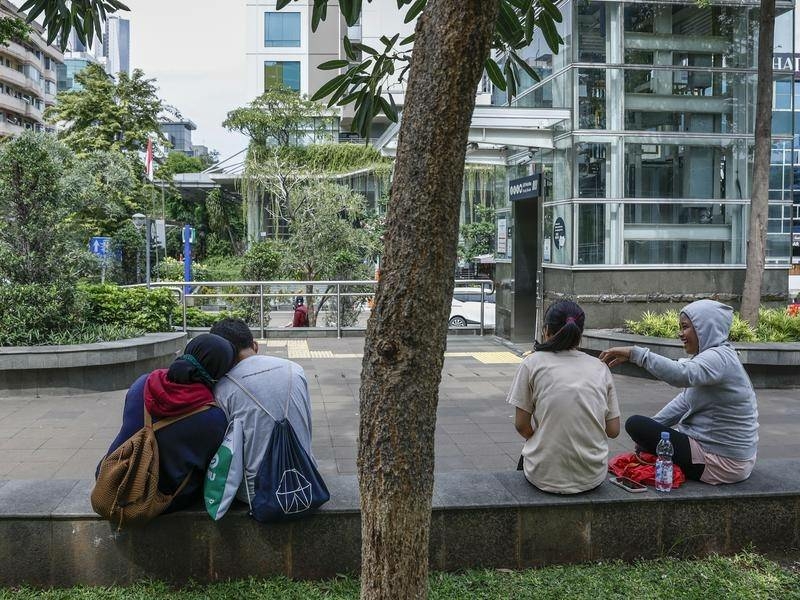 On Tuesday, the Indonesian parliament approved a new penal code that could result in up to a year in jail for having sex outside of marriage.

This comes amid concerns that the laws will drive tourists away from the country’s tropical beaches and harm investment.

The new law, which will be applicable to both Indonesians and foreigners, forbids cohabitation between unmarried couples as well.

It was passed with support from all political parties.

However, the code will not come into effect until after three years to allow for the implementation of the regulations to be drafted.

Indonesia has banned adultery but not premarital sex.

Maulana Yusran, deputy chief of Indonesia’s tourism industry board, said the new code was “totally counter-productive” at a time when the economy and tourism were starting to recover from the pandemic.

“We deeply regret that the government has closed its eyes.

“We have already expressed our concern to the ministry of tourism about how harmful this law is,” he said.

Foreign arrivals in the holiday destination of Bali are expected to reach pre-Coronavirus (COVID-19) pandemic levels of six million by 2025, the tourism association said recently, as the island recovers from the impacts of COVID-19.

Indonesia is also trying to attract more so-called “digital nomads” to its tropical shores by offering a more flexible visa.

Speaking at an investment summit, U.S. Ambassador to Indonesia Sung Kim said the news could result in less foreign investment, tourism, and travel to the Southeast Asian nation.

“Criminalising the personal decisions of individuals would loom large within the decision matrix of many companies determining whether to invest in Indonesia,” he said.

Albert Aries, a spokesperson for Indonesia’s justice ministry, said the new laws regulating morality were limited by who could report them, such as a parent, spouse, or child of suspected offenders.

“The aim is to protect the institution of marriage and Indonesian values, while at the same time being able to protect the privacy of the community and also negate the rights of the public or other third parties to report this matter or ‘playing judge’ on behalf of morality,” he said.

These laws are part of a raft of legal changes that critics say undermine civil liberties in the world’s third-largest democracy.

Other laws include bans on black magic, insulting the president or state institutions, spreading views contrary to state ideology, and staging protests without notification.

Editorials in national newspapers decried the new laws, with daily newspaper Koran Tempo saying the code has “authoritarian” tones, while the Jakarta Post said it had “grave concerns” about their application.

Decades in the making, legislators hailed the passage of the criminal code as a much-needed overhaul of a colonial vestige.

“The old code belongs to Dutch heritage … and is no longer relevant now,” Bambang Wuryanto, head of the parliamentary commission in charge of revising the code told lawmakers.

Opponents of the bill have highlighted articles they say will curb free speech and represent a “huge setback” in ensuring the retention of democratic freedoms after the fall of authoritarian leader Suharto in 1998.

“This is not only a setback but a death for Indonesia’s democracy,” said Citra Referendum, a lawyer from Indonesia’s Legal Aid Institute.

He added, “The process has not been democratic at all.”

Responding to the criticism, Indonesia’s Law and Human Rights Minister Yasonna Laoly told parliament that “It’s not easy for a multicultural and multi-ethnic country to make a criminal code that can accommodate all interests.”

Legal experts say that an article in the code on customary law could reinforce discriminatory and sharia-inspired bye-laws at a local level, and pose a particular threat to LGBT people.

“Regulations that are not in accordance with human rights principles will occur in conservative areas,” said Bivitri Susanti, from the Indonesia Jentera School of Law, referring to existing byelaws in some regions that impose curfews on women, or target what are described as “deviant” sexualities.

The new laws will also include more lenient sentences for those charged with corruption.

The morality charges have been partially watered down from an earlier version of the bill so that they can only be reported by limited parties, such as a spouse, parent, or child.

The government had planned to pass a revision of the country’s colonial-era criminal code in 2019 but nationwide protests halted its passage.

Lawmakers have since diluted down some of the provisions, with President Joko Widodo urging parliament to pass the bill this year before the country’s political climate heats up ahead of the presidential elections scheduled for early 2024.

The public response to the new code has been muted so far, with only small protests held in the capital on Monday on Tuesday.