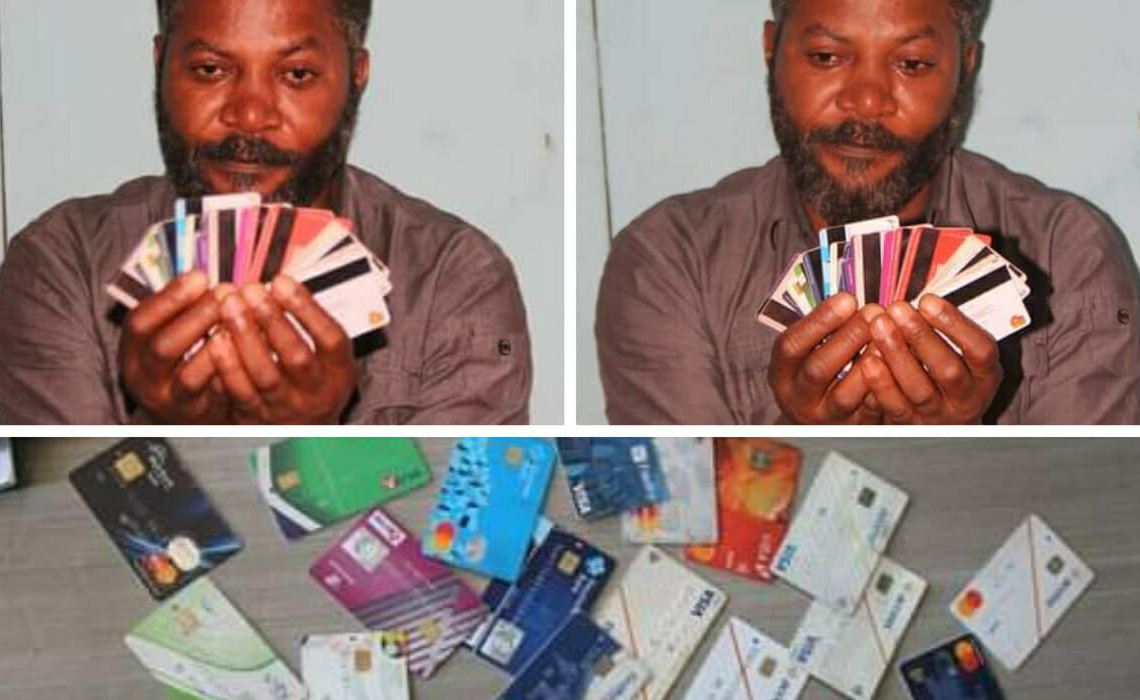 Michael Joseph, 44, a specialist in defrauding people attempting to withdraw money from ATM machines while pretending to assist them in using the machines, has been detained in the Banks Road neighborhood of Bauchi metropolis in Bauchi State.

After being arrested, the suspect was discovered to have 31 ATM cards from various banks, according to Bauchi Police Command, SP Ahmed Wakil, in a statement on Tuesday.

He went on to say that the suspect was apprehended after attempting to defraud a lady at a bank’s ATM gallery in Bauchi.

While in the ATM queue, the suspect insisted on knowing the type of ATM card the lady was using for the transaction, which made the lady suspicious and she immediately reported the suspect to the Bank’s Security Men.

Following this development, the suspect was arrested, and a search conducted on him revealed he has 31 ATM cards from different banks in his possession.

Police said that on interrogation, the suspect revealed that he hails from Benue State and came to Plateau State looking for work but ended up working as a bus driver for 3 years.

‘’The suspect explained that he was introduced to the fraud activity by one Magaji “m” of Kano State when they met at a beer parlor in Jos, Plateau State.

Joseph, according to the police statement, gathered ATM cards from different banks and usually go to ATM points to look for persons who cannot operate the machine.

He will get the ATM card pin of his victim after such assistance and quickly swaps the victim’s ATM card with old an ATM card from the same bank in his possession.

He also defrauded another victim of N25, 000 at a Micro Finance Bank.

He carried out the two frauds in Plateau State before he decided to move to Bauchi State in a bit to further his fraudulent activities.

“But met his waterloo when he attempted to defraud the lady at a Bank’s ATM Gallery situated at Banks Road, Bauchi.

“The investigation is in progress after which the suspect will be charged in court,” the statement concluded.