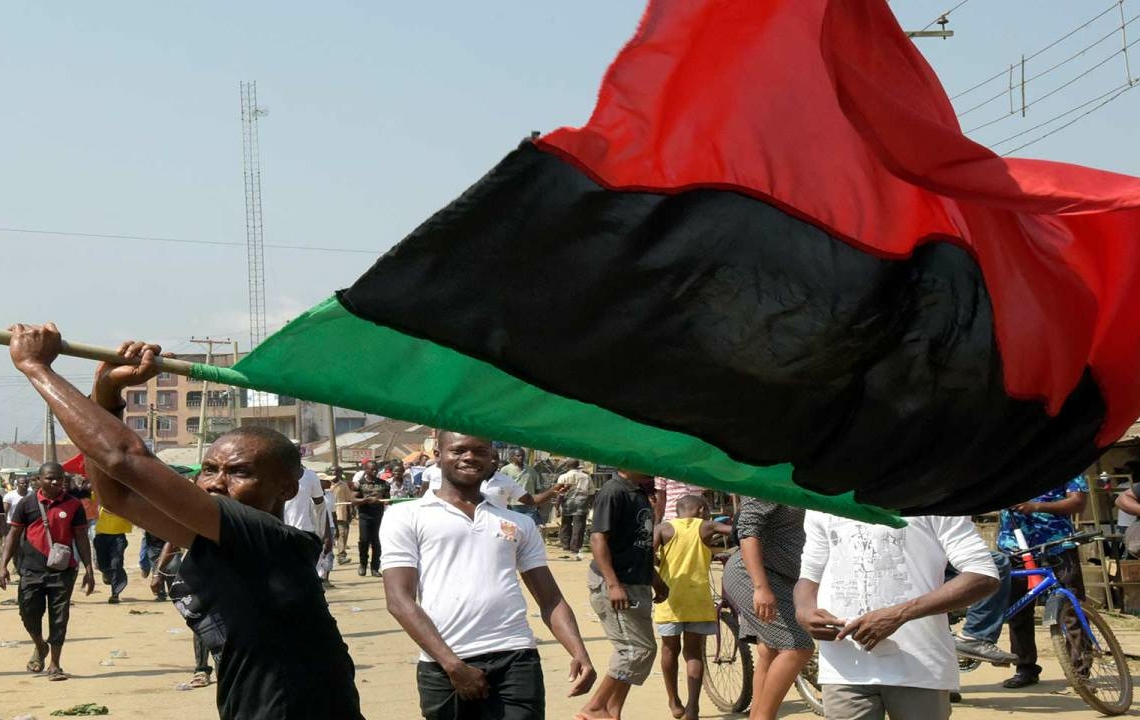 The Indigenous People of Biafra, IPOB, has disowned the video circulating in the social media which ordered a five-day sit-at-home through out ” Biafra land beginning from December 9 to December 14, 2022″.

This is as the pro-Biafra movement has urged anybody willing to vote in the 2023 elections to collect their Permanent Voter Cards, PVCs, without fear, declaring that the movement has not ordered any boycott of the exercise.

A voice at the background of the vital video threatens to kill anybody found outside in ” Biafra territory” during the period of the lockdown.

But in a swift response, IPOB distanced itself from the video which it said was the handiwork of sponsored agents of darkness working against the Biafra struggles.

IPOB Media and Publicity Secretary, Emma Powerful, in a statement issued Tuesday, said that the authors and promoters of the video were recruited by the enemies of Biafra to create panic in the region and pitch the people against IPOB.

“IPOB under the command and leadership of our great prophet and indefatigable liberator Mazi Nnamdi Kanu wishes to state unequivocally to the people of Biafra, friends of Biafra, and lovers of Biafra freedom that IPOB leadership did not issue any sit-at-home order on 9th,10th, 11th, 12th, 13th or 14th of December 2022”, the statement said.

It urged members of the public to ignore the said order and go about their lawful businesses without fear of molestations.

It read in part:”IPOB never issued any sit-at-home order on these days mentioned above because we are not miscreants, senseless, or jobless people.

“Every Biafran and residents in Biafra Land should ignore such order from untrained and brainless individuals whose agenda is to make Biafra agitation unattractive to our people . Every Biafran must go to their normal business on those days.

“IPOB who is concerned about our people cannot issue such brainless uncaring 5-day consecutive sit- at- home order to suffer our people during this critical time of the year when people are trying to makeup in their businesses for the year.

” The conception of consecutive 5-day sit at home by a Nigeria agent and his sponsors is to show the level of wickedness and hatred they have against our people. Their agenda is to create insecurity and unnecessary hardships to make our people jettison Biafra freedom.”

IPOB vowed to resist anybody who attempts to enforce the purported sit-at-home order.

“Our people should be prepared and ready to confront any fool who dares to enforce such wicked sit-at-home. Moreso, ESN operatives and IPOB volunteers will be out on these dates to protect our people and the markets.

Biafran youths should also be ready to confront anybody who comes to force them to close their businesses on these days.

“The idiots who are issuing this brazen sit at home order should know that IPOB leadership has never authorized anyone to issue order of such magnitude in Biafraland, therefore, it will not work out for them.

“Our people should go to their businesses without fear. IPOB has put the propagandists and their foot soldiers in Biafra land on check.

“Biafra restoration is moving well and we must exit this cage called Nigeria by the grace of Elohim.”

IPOB further said it had not ordered for the boycott of the 2023 polls, urging anyone willing to vote during the exercise to collect their PVCs and exercise their civil responsibilities.

“Again, every one has his or her rights to go and collect his or her PVC from their pooling and registration centre without molestations. IPOB never boycott election and has nothing to do with Nigeria shambolic elections.