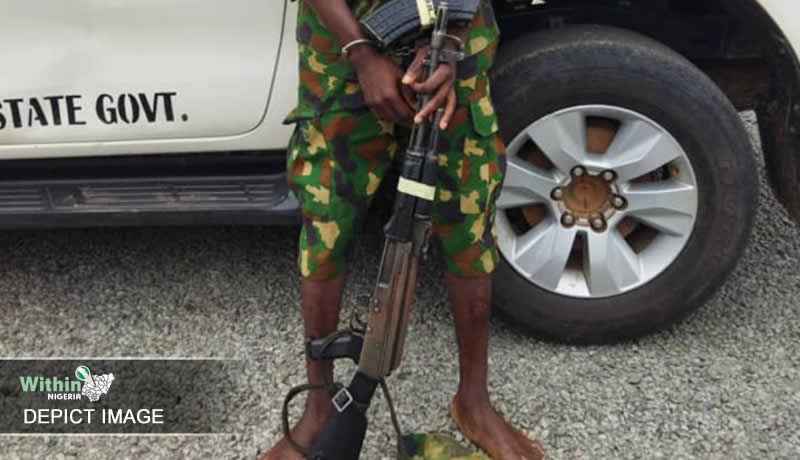 A 65-year-old man named Jeremiah Joseph has been detained by the Lagos State Police Command for allegedly impersonating an army officer and cheating a man out of N120,000 in Ipaja.

The suspect, who had a fake Army identity card and uniform, duped a man and ran away.

“The suspect presented himself as an Army Lieutenant to one Ignatius.
“The fake Lieutenant promised to arrange soldiers to help Ignatius recover N4.5m owed him by some people in Delta State.

“He received N120,000 for this service and thereafter absconded.”