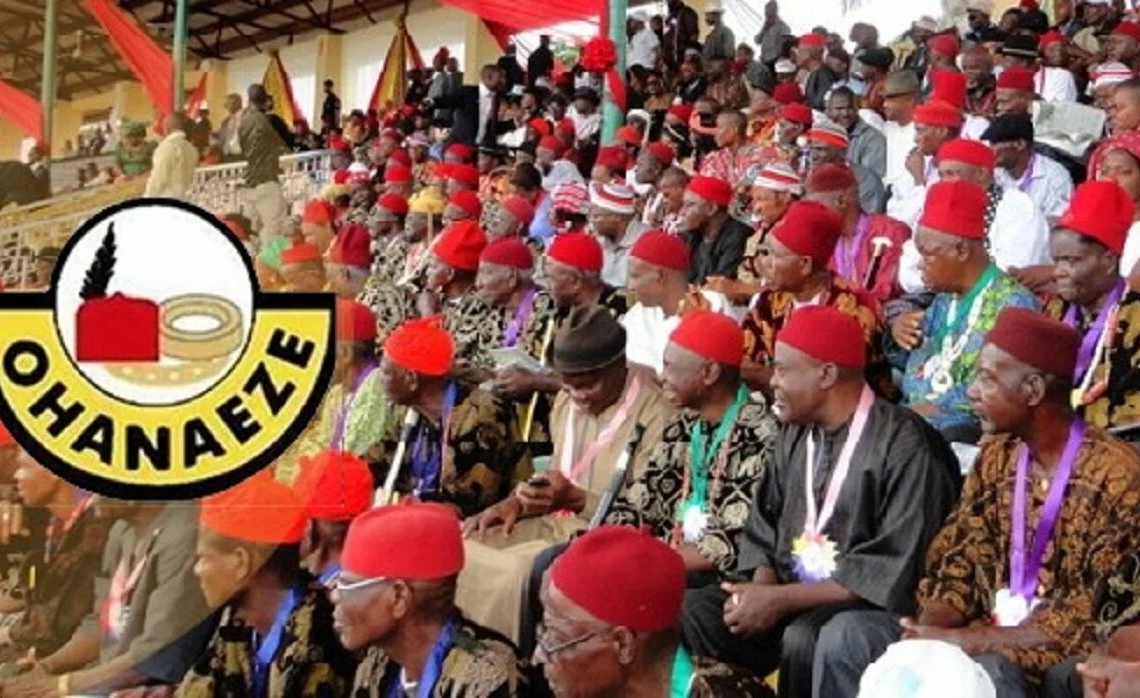 Ohanaeze Ndigbo Youth Council Worldwide has condemned the alleged five-day sit-in order issued by one Simon Ekpa, who claimed to be a disciple of IPOB leader Nnamdi Kanu.

WITHIN NIGERIA reports that the group has accused Ekpa of being sponsored by enemies of Ndigbo and IPOB leader Nnamdi Kanu in a statement issued by its National President, Mazi Okwu Nnabuike.

Nnabuike explained that it was now clear that enemies of Igboland were sponsoring Ekpa because he couldn’t imagine any right-thinking person asking people to stay at home for five days in a row when the country’s economic woes were getting worse.

He urged the people of Southeast to resist a full reign of terror sponsored by Ndigbo’s enemies via Ekpa.

Meanwhile, Kanu denied knowledge of any five-day sit-in order, according to WITHIN NIGERIA.

Kanu, through his lawyer Ifeanyi Ejiofor, denied knowing anything about a five-day sit-at-home order issued by his self-proclaimed disciple in Finland, Simon Ekpa.

Ejiofor in a statement said;

Kanu unequivocally stated that he has not ordered any sit-at-home.

He directs that all our people should go about their normal life and businesses without let or hindrance so as not to destroy the socio-economic life of our people, which have become the envy of all.

Destructive activities of some hired marauders who are presently exploiting the temporary absence of Onyendu to cause untold mayhem, vandalism and calamity on our sacred ancestral lands were thoroughly discussed.

Onyendu reiterated and emphasised his long-held position of distancing himself and his IPOB movement from the illegal and nefarious activities of these God-forsaken elements who mean no well for the Ndigbo and Alaigbo.

However, in his reaction to Ekpa’s claim, the national president of Ohanaeze Ndigbo Youth Council Worldwide noted that;

We are a few days away from the Christmas and New Year celebration, with a lot of bills for parents to pay, including house rent and school fees by January.

But someone who is in faraway Finland, in the comfort of his room is telling parents and breadwinners to stay at home for five days.

It is even more curious that the said Ekpa has no regard for Mazi Nnamdi Kanu’s lawyers, yet he claims to be Kanu’s disciple. The IPOB leader, Kanu spoke this week through his lawyer that he did not give orders for any sit-at-home. He spoke on the economic implications on the same people he is fighting for their freedom. So whose interest is Simon Ekpa serving?

A clear analysis of his statement clearly showed that enemies of Ndigbo paid him to ensure total destruction of the Southeast economy. Both Ekpa and his sponsors are enemies of Ndigbo and Mazi Nnamdi Kanu. But we will no longer allow their reign of terror to continue. This will not be allowed to happen.

Nnabuike also appealed to the people of the Southeast to ignore what he called “a baseless and senseless order. This is more so as the IPOB leadership has also declared that there is no such sit-at-home.”