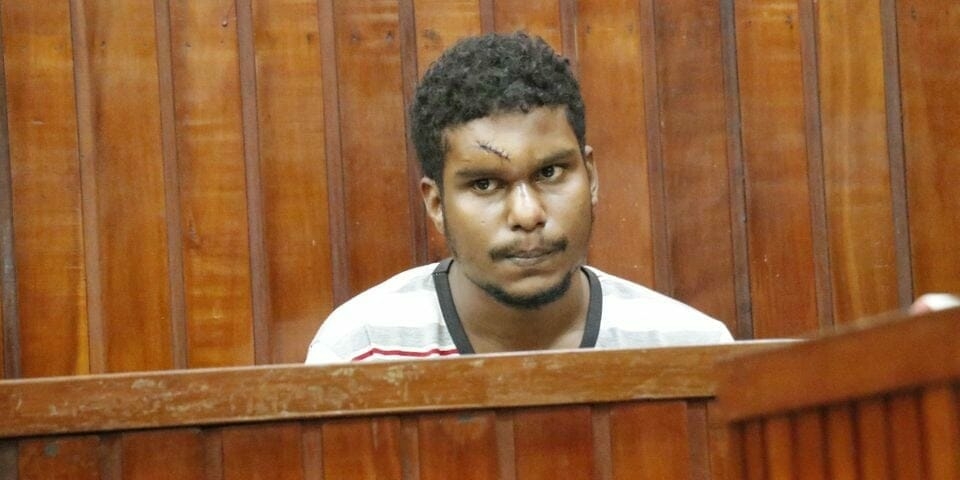 A Kenyan man identified as Abdulaziz Ali Swaleh has confessed to killing his 80-year-old grandmother after joining Illuminati.

The 20-year-old suspect while appearing before Mombasa principal magistrate Vincent Adet said shortly after joining the Illuminati cult, he was instructed to kill his grandmother.

Swaleh said; “It’s true l killed her. I’m sorry, l ask for forgiveness but l only did it after joining Illuminati.”

The murder suspect further revealed that he was mentally disturbed after carrying out the act, and now needs drugs to control his anxiety.

He added; “My mind is not okay, l feel disturbed and this is because there are drugs that l often use, l need them.”

Preliminary investigations indicate that the suspect murdered his grandmother on January 21, 2023, in her sleep after she declined to give him money to purchase narcotics drugs.

Police Constable Mohammed Mapenzi attached to the Directorate of Criminal Investigations (DCI), through prosecution counsel Hillary Isiaho, informed the court that the accused person was a suspect in a murder incident where it is alleged that he murdered his grandmother by slitting her throat using a kitchen knife.

Ruling on the case, the magistrate ordered that the suspect to be detained at the central police station for 14 days to allow police complete investigations.

He further ordered the suspect to undergo a mental assessment test.