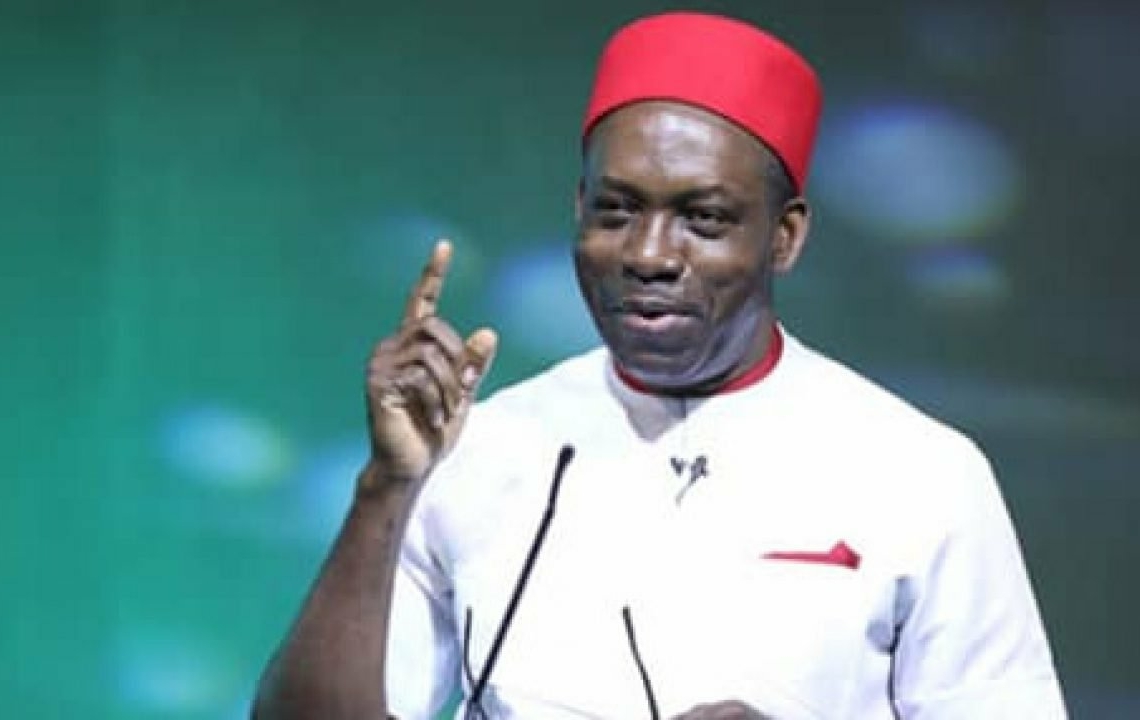 Labour Party is still under attack in Anambra state as the needless dismantling and destruction of campaign bill boards and posters belonging to the party has not abated, Charles Ifeanyi Obi, a chieftain of the party in the South Eastern state has said.

He stated the state government plan is to stifle Labour Party and its presidential candidate influence in the state.

Obi said, ” It is obvious that the APGA led Government of Anambra State is determined to undermine the influence of the Labour Party and its candidates especially the Presidential Candidate, Mr. Peter Obi and the Party’s Senatorial Candidate in Anambra Central, Senator Victor Umeh.

While we try to contend the continued verbal attacks and harsh criticisms as well as the media onslaught by “data boys,” the ongoing destruction of campaign billboards, airboards and posters belonging to the Labour Party Candidates calls for more concern and urgent intervention of Ndị- Anambra.

Agents of the State Government under the watchful eyes of Governor Chukwuma Soludo are going round removing Labour Party /Peter Obi /Victor Umeh’s campaign billboards, posters and airboards while replacing them with APGA campaign materials with inscriptions that read: “Anambra is APGA Land” or “Vote APGA All The Way” or “APGA Bụ Nke Anyị”

“Governor Charles Soludo has contested elections in Anambra State and no body humiliated him in the manner he is treating the Labour Party Presidential Candidate and other candidates of the Party in the state under his watch as Governor.

“One thing very remarkable is that while removing campaign materials of Mr Peter Obi /Labour Party in the State, the PDP Presidential Candidate, Atiku Abubakar and Uche Ekwunife have their campaign billboards, airboards and posters littered everywhere and no one seems to be disturbed.

“Of all the excuses the State Government has released as reason for dismantling Labour Party /Peter Obi’s campaign materials in the state, the last they maintain is non-payment of campaign fees. However, the Labour Party has insisted they made every lawful payments and obtained every necessary clearance with receipts issued.

“What is undeniable and inexcusable is that the APGA led Anambra State Government is deliberately trying to stifle the influence of the Labour Party/ Mr Peter Obi /Senator Victor Umeh in Anambra with a major intention to clamp down on the OBIdient Movement solidarity for Mr Peter Obi in Anambra State.

“I therefore call on Anambra Stakeholders, Religious Leaders, Traditional Rulers, Ohanaeze Ndigbo, Women and Youth Organizations to quit the silence and rise up to the occasion.

“It is really embarrassing to note that while Mr Peter Obi and the Labour Party receive overwhelming solidarity across all states of the country and the FCT, his home-state Governor, Soludo and APGA are allegedly in romance with PDP, Atiku/Okowa and Uche Ekwunife in a bid to stop him. “