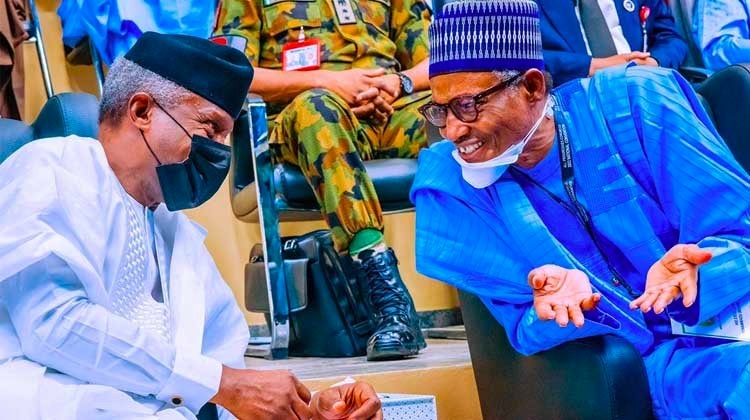 President Muhammadu Buhari and Vice President Yemi Osinbajo were on Wednesday absent at the presidential campaign rally of the All Progressives Congress, APC, in Abeokuta, Ogun State.

Presidential candidate of the party, Bola Tinubu, had led other leaders of the APC to the MKO Abiola Stadium in Kuto, Abeokuta, to seek the support of Ogun residents.

But, Buhari and Osinbajo were conspicuously absent at the campaign rally.

Recall that the spokesperson of Tinubu/Shettima Presidential Campaign Council, Festus Keyamo, had earlier disclosed that Buhari would join Tinubu’s campaign in Ogun on January 25.

However, the president was nowhere to be found today when the APC campaign trail finally landed in Ogun.

As for Vice President Osinbajo, Ogun is his home state, being an indigene of Ikenne Local Government Area.

Osinbajo is also a registered party member in Ogun, following the transfer of his APC membership card to Ikenne.

No reason has been given for the absence of the two Nigerian leaders at the APC rally.