Why Toyota is the most used car brand in Nigeria 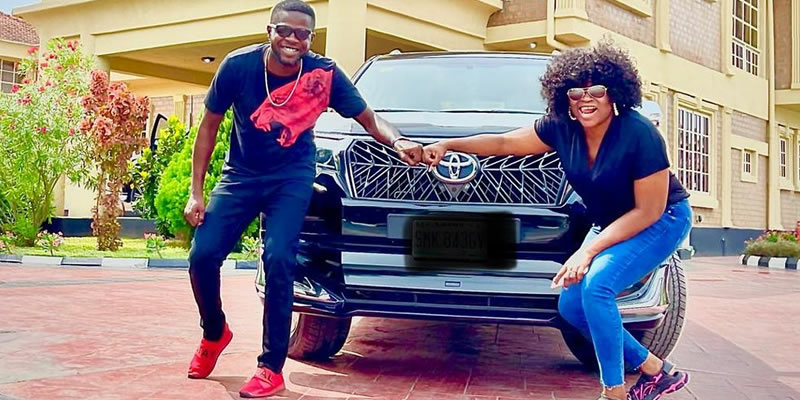 It isn’t news that Nigerians love Cars, as car ownership is a status symbol in this part of the World. Cars to Nigerians depict social class; they are also needed for comfort and convenience. This appetite for cars dates back to around 1913, when Englishman & Philanthropist Tom Jones became the first person to drive a car in Nigeria. Later did Nigerians start riding car and history has it that Mrs Funmilayo Ransome-Kuti became the first Nigerian to drive a car, while Sir Herbert Macaulay was the first Nigerian to own a car.

Since then, different brands of cars have come and gone, as Nigerians have continued the culture of acquiring both expensive & budget friendly cars, newly produced or used cars popularly called ‘Tokunbo’ and SUVs & Saloon cars. The slow economic growth which was influenced by the Covid pandemic and fall in oil prices hasn’t deterred Nigerians from acquiring cars, as dealers say demand for cars has seen a surge since 2018.

Of these cars, the Toyota brand stands out as the most used in major parts of the Federation though Honda isn’t far behind. Infact banks and top organizations use the Toyota Cars as their official car brand. Auto Market report states that Toyota brand accounts for almost half of cars imported into the country.

A global outlook shows that the Toyota automaker is the largest in the World in terms of number of sales. This is thanks to the population marketing strategies it has adopted over the years.

Many reasons influence the choice of Nigerians in choosing Toyota as their choiced car, thereby increasing its popularity amongst Nigerians.

Why Do Nigerians Love Toyota Cars?

The technology used in designing the Toyota models makes their cars very simple & easy to use. It also gives their cars a sophisticated & classy looks especially models from 2010 till date. Auto-Engineers & mechanics often say this technology makes it easier for them to understand their products, making repair & maintenance work very easy and fast.

The beauty of Toyota technology makes even old brands of their cars, relevant in this age, with a good resale value. Many Toyota cars plying the Nigerian roads are cars produced before 2012, yet one would believe they are newly made.

Due to the economic peculiarities of Africa’s most populous Nation, the purchasing behavior of Nigerians has been subjected to acquiring cheap yet quality products. This is where Toyota comes in; their cars are affordable for any of the social classes to pick from. A low-income earner can easily purchase a very good Toyota car for a good sum, which won’t take a toll on his pocket. This means every individual who earns a decent income has the opportunity of using a Toyota Car. This is a good marketing strategy.

Another pocket friendly area which makes Toyota cars heavily used by Nigerians is in the area of ride-sharing such as Uber & Taxify. Healthy fuel consumption, maintenance, available spare parts, and comfort are some of the reasons that have enabled this advantage.

Varieties of its products

If there is something that stands Toyota above its competitor in Nigeria, it’s the varieties of products it has as options for consumers to buy; this includes SUVs and Salon Cars.

Elites & High Net-worth Individuals in Nigeria see SUVs as cars for their class –the Landcruiser & Landcruiser Prado, Highlander, etc. are Toyota cars used by these social class. This flexibility in options has stood Toyota out unlike some car brands who are strictly for Class & luxury, and other strictly for low income earners.

Luxury car brands in Nigeria are Porsche, BMW, Rovers (Range Rover and Land Rover) and German brand – Mercedes-Benz which has models such as C-Class, AMG & G-Wagon.

You will see a 2003 Toyota Model, still working well in 2021. Infact, many of the Toyota cars used in Nigeria are old models and they still fit into the current taste of the average Nigerian.

Toyota spares are easy to find, since Toyota has partnered with firms in Nigeria. This has also helped maintenance & repair of these cars, as mechanics & engineers can easily work on a Toyota model without stress. The simplicity of their designs makes it easy for mechanics to comprehend, boosting their technical know-how and proffer these easy solutions to customers.

It is therefore easy to a broken, damaged parts of a Toyota car with little or no stress, at cheaper price. This is unlike some car brands which demands you export the car for major repair work or even import spare parts at high prices.

Talk about a car you have used and would want to make good profit from its sale, it is the Toyota brand. This is why most car dealers and buyers opt for the Toyota brand above any other brand. In a nutshell, there is a ready-made market for any Toyota car being used. Hence, car dealers aren’t perturbed about ‘who is going to buy?’ or how long they will sell the cars in their Autoshops.

The Toyota Brand is getting better and better with their designs as they must appeal to newer generation of Consumers who love fast cars, with a classy feel. In fact, they must be looking towards making electric cars, which are the future of automobiles; this will serve as a great attraction to their loyal Users.

Certain car brand like Kia and GAC are beginning to find their feet in the Nigerian market, thanks to their low cost, beautiful designs, speed, comfort and low maintenance – factors that have favored Toyota. An auto-report in 2020 stated that companies switched from using Toyota as their official car brands to KIA and lately GAC.

With these competitions Toyota is facing lately and the rise of Electric cars, let’s see if they can keep being the favorite car brands of the Nigerian Populace. For now, Toyota remains the most used car brand in Nigeria.