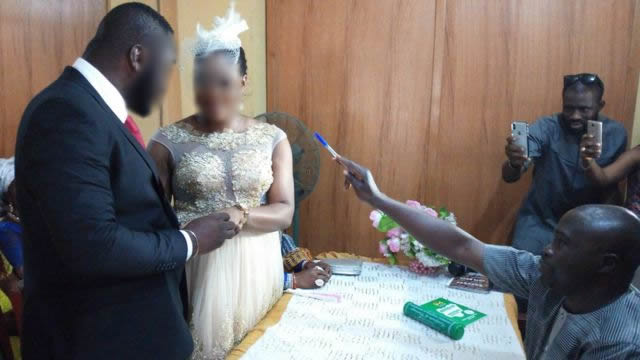 A lot of Nigerians now opt for court wedding because of various reasons. Some for legal reasons, in case of unforeseen divorce situation in the future; Some Nigerians intentionally choose court marriage which is also known as Registry marriage in order to obtain documents that can attest their relationship with their spouse when processing Visa and other applications; While some Nigerians deem Registry wedding as best choice to cut down marriage expenses since only little cost is involved because only close friends and family are usually invited to witness court weddings in Nigeria.

Many believe that a court wedding conducted at federal registries especially the famed Ikoyi Registry is superior and more recognized at foreign embassies than Certificates issued from local government registries.

This widespread belief which has been for years has heavily contributed to the societal ‘craze’ by Nigerians to have their weddings at Ikoyi.

The issue has been reasonably resolved so LGAs, Religious organizations, and any other relevant group can now issue a marriage certificate on behalf of the FG. The group only needs to get a license from the Ministry of Interior. The certificate given to couples is the same given at any Federal Registry – Ikoyi included. This is according to the Marriage Act, CAP 218, Laws of the Federation 2004.

The certificate is 3copies – one for the couple, the issuing body gets one, then the 3rd is left attached to the booklet, after exhausting it, it is returned to the Ministry of Interior through the marriage registry. So where ever you received your marriage certificate, it will end up with the Federal Government.

Following the dispute between some local government areas and the Federal Government over who has the right to conduct marriages in the country, the Federal Government has licensed 12 Marriage registries and published their name on Friday, 13th September, 2019 in a publication on PUNCH Newspaper, page 42 under the caption, ‘Marriage: Ignore FG’s directive, LGs tell organisations’.

On Thursday, July 1st, 2021, The Cable News gave an investigative report about the corrupt practices at the Ikoyi registry. This report unraveled the loopholes through which a system frustrates its online registration portal and forces citizens to pay mandatory bribes at the registry. This report sparked lots of reactions from angry Nigerians who had experienced these extortions and inhumane acts by the officials of Nigeria’s most popular registry.

It should be recalled that last year, the federal government, in a bid to ease marriage registration, reduced marriage registration fees for couples who want to have their court wedding. A statutory ordinary marriage, which is between two Nigerians was reduced from N21,000 to N15,000, while the statutory special marriage, which happens when one partner is non-Nigerian, was reduced from N35,000 to N25,000. This was to take place on the “eCitiBiz” online portal https://ecitibiz.interior.gov.ng while implementation began on July 1, 2020. 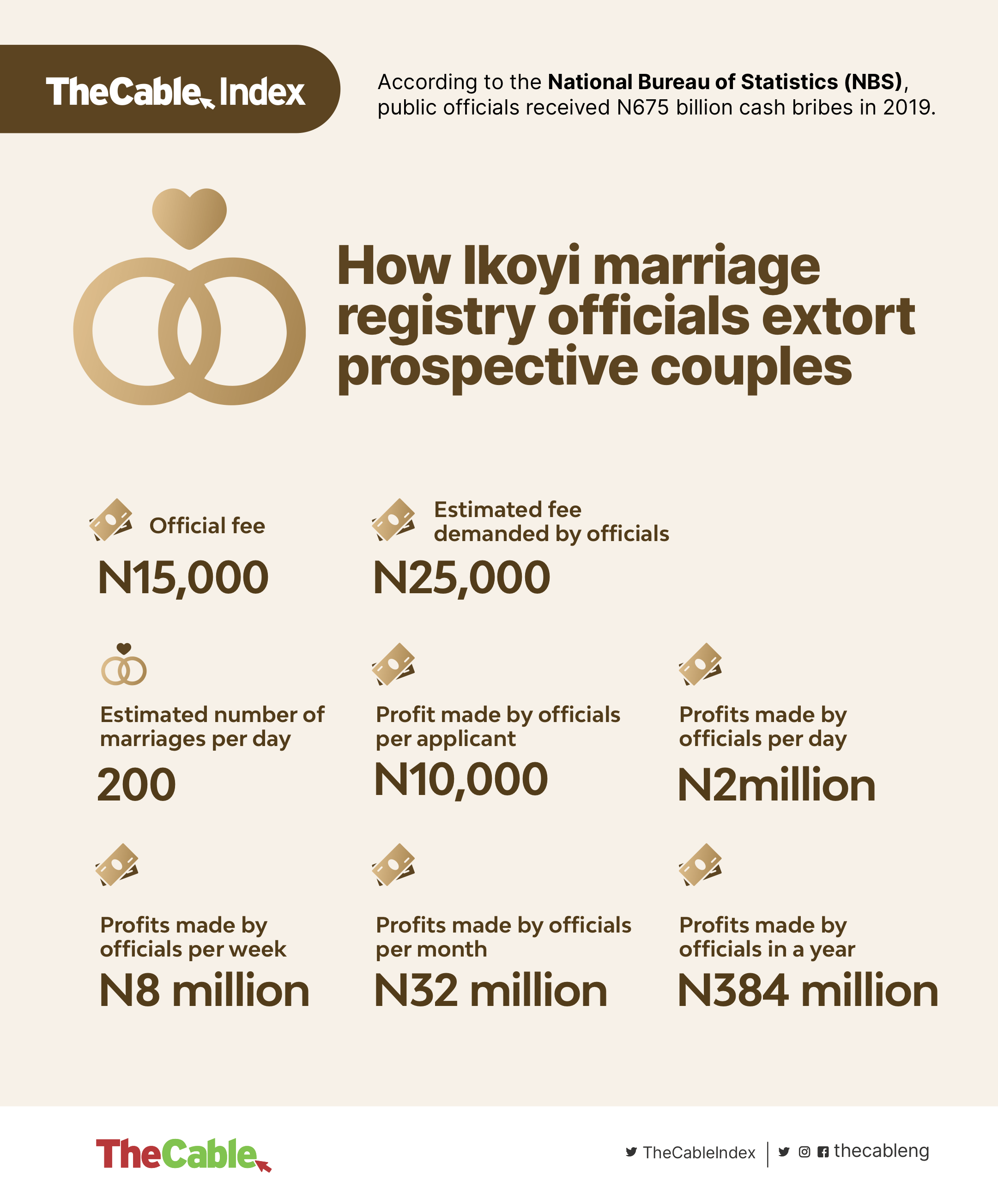 However, officials of the Ikoyi registry contravened the order and continued to charge exorbitant fees, and forced applicants to pay bribes, buy pens, and fizzy drinks. Sadly, applicants who paid the N15,000 approved fee and opted for the online registration and payment were left frustrated.

The report also stated that in one year, the registry could pocket over N384 million in illegal fees from couples who troop to the facility. And the estimate does not even include the special weddings held on Mondays and Tuesdays, which come with extra cost.

With all these stories about these acts at the Ikoyi registry, it didn’t stop Nigerians from trooping into the registry in large numbers. This raised the question – why are Nigerians so obsessed about having their wedding at Ikoyi when several local Government registries offer ‘THE SAME CERTIFICATE’?

What should Nigerians do now?

In a bid to end these corrupt practices and encourage honesty, Nigerians should follow the instructions given by the Federal Ministry of the interior by making their registration online. Nigerians should dissuade from given bribes and follow all laws and due processes required.

After the investigative report got lots of reactions online and offline, the registrar of the Ikoyi registry has mandated that all registrations be done online on the official website. Nigerians should follow suit and spread this information.

Furthermore, Nigerians should be educated that the marriage certificate issued by the local government, or recognized religious organization or relevant group, is the same they will collect at the Ikoyi registry or any other Federal registry. This is the same certificate that will be tendered at Foreign embassies and they will be accepted.

5 Signs You are in an Emotionally Abusive Relationship

5 Signs That Show Your Partner Is Cheating on You