In recent months, the Nigerian online space has been inundated with stories of men finding out that they aren’t the real fathers of the children they have raised, some into adulthood. It is the era of Paternity Fraud!

Paternity fraud is a situation where a woman deliberately misidentifies her husband as the biological and legitimate father of a child. In most cases, women are often aware that the presumed biological father is not genetically linked with the child. Men usually find out that they are not the true fathers of their presumed children on suspicion of infidelity, and by conducting a paternity test.

Paternity tests are usually carried out in Nigeria for health reasons, immigration or when there is clear indication that a female partner/wife is being unfaithful.

Sumbo, one of Tuface’s baby mamas was reported to have pinned her first pregnancy for Tuface on her legal husband. It wasn’t until the child was born, who had a very striking resemblance of the African Queen crooner, that the woman was exposed and sent out of her matrimonial home.

Why Many Celebrity Marriages & Relationships Fail

Why Divorce is rising in Nigeria

Nigerian artiste Duncan Mighty exposed his wife Vivian on Twitter over paternity fraud. He thought their four-year-old Mitchell was his daughter whereas she is not; he discovered upon carrying out a DNA test. This happened last year.

Remember the sad story of Tunde Thomas in January 2021? A 45-year-old man who died of cardiac arrest after his wife told him that he wasn’t the father of their two children. The children were allegedly sired by his wife’s boss, who was a top executive at First City Monument Bank.

In July 2021, there was a case of US Based man died from cardiac arrest after coming to Nigeria to conduct a DNA test on his kid, only to discover he isn’t the biological father.

Lately, a report surfaced that OAP Nedu of Wazobia FM’s son isn’t his biological son. His wife actually had an extramarital affair with her brother inlaw, which led to the birth of the son, unknowingly to the talented Nedu. In his rebuttal on Instagram, Nedu wrote

“Our marriage was plagued by a lot of issues. One of which was continuous infidelity from her side that led me to conduct a paternity test on our kids, which led to the revelation that our first son is not my biological son.” 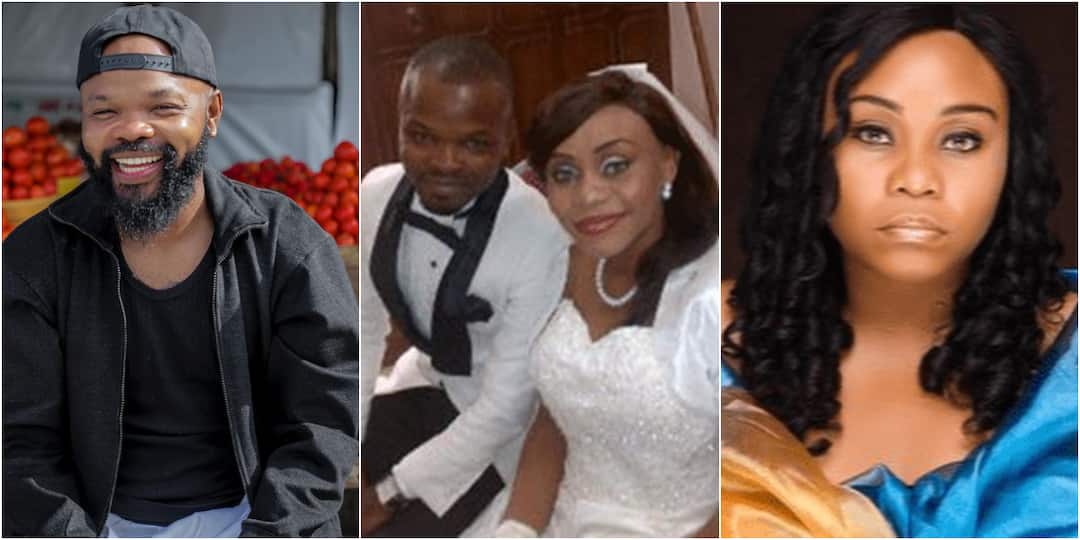 Reports have been making the rounds that Nigeria has the 2nd highest rate of paternity fraud in the world. Many men have been unknowingly raising children that are not theirs and to curb the trend, there have been calls for introduction of mandatory DNA testing at birth.

According to the American Association of Blood Banks, globally, a third of all men are not the actual fathers of their presumed children.

A Lagos-based DNA expert claimed that 30% of the Nigerian men who went to paternity testing centers were not the biological fathers of the children in their custody. This claim, however, could have been exaggerated or underreported, because laboratory samples collected at paternity testing centres are not representative of the general population.

In 2015, Mr. Ayodele Ayodeji, of Paternity Test Nigeria, revealed to Ventures Africa that “there is one case of paternity fraud out of every four paternity tests conducted at the centre.”

Many men who were victims of this menace ended up suffering from mental, emotional and physical breakdown. Cardiac arrest, depression and suicide are the most common reported things that affect victims of paternity fraud.

Some men go as far as murdering their wives and in some cases the children. Paternity fraud should be a punishable offence by law.

Why is Paternity Fraud rising?

The first major reason Paternity fraud is on a rise is poor access to paternity test (also known as DNA test). For places in Nigeria where the test is available, it is usually very expensive. On an average, it costs as low as a hundred thousand naira to run a paternity test. Many men would rather pass than spend such amount of money on a test.

Traditionally in Nigeria, paternity of a child is commonly determined by acknowledgement, presumption or by proof, with the most common being ‘acknowledgement’. Once a man admits he is the father of a child, the case is closed. It is often said that a woman is in the best position to identify the father of her child, so once she points to a particular man, then the case is closed.

Stigma of a childless marriage

In Nigeria, pressure usually mounts on a newly-wed couple after 9 months of marriage. The pressure is usually more on the woman who gets attack from her husband’s family for been barren. A childless marriage is not a blessed marriage according to the mindset of Nigerians. The onus is on her to prove that she is fertile and has not messed up her body before marriage. Therefore in a bid to finding a solution, many women have extramarital affairs with Exes, admirers or even younger boys, and then pin the pregnancy on their husbands.

The practice of having multiple sex partners by young women has become a trend. Some women keep two or three sexual relationships, juggling them until one of them is ready for marriage. Unfortunately if she had gotten pregnant for one but another is ready for marriage, she pins the pregnancy on him unknowingly to him.

The wrong idea of adoption is also reasons many women get involved in paternity fraud. They would rather get pregnant by another man and stay the husband is responsible, than adopt a child elsewhere.

Low sperm count is a major cause of paternity fraud. This prevents the man from being fertile to releasing fertile seed into the woman, which will prevent her from having a child. To curb pressure from people & also get her happy, the woman can then get the baby from another man with an healthy sperm count. According to a research in 2018, cases of low sperm counts in African men have seen an increase over half a century now. Nigerian men are taking the lead.

Why Paternity test should be encouraged

Peace of mind for the entire family – Paternity testing can unite an entire family by giving everyone peace of mind. Uncertainty can create distrust and paranoia that, unless addressed, it can affect the chances of having a happy, strong, and loving family. Rather than living without knowing, finding the answers needed can deepen family bonds and ensure that each child has what they need for a happy and fulfilling life.

Happy life beyond childhood – Knowing your children are truly yours will encourage you to love them and build a great relationship with them. Many studies have found that children with good relationships with their fathers are less likely to experience depression, not only in their younger years, but also far into adulthood. The presence of a good father figure can positively impact your child’s development and well-being, laying the crucial groundwork for a happy and successful life.

Sense of Identity – A child’s confidence is developed through his/her biological father when both parties know their identity. Knowing their biological father can positively affect a child’s sense of identity. As a result this creates a higher self-esteem and more empathetic behavior toward others.

Honesty and Transparency: If DNA test would be done immediately after birth, and the woman knowing fully what would be the outcome, many women would turn a new leaf and become honest with their partners. In fact, infidelity leading to pregnancy will drastically reduce.

DNA paternity testing is reputed to be 99.99 percent or higher accurate when done properly. Paternity can even be established before the baby is born using a prenatal paternity test. The test can also be performed even if the alleged father is missing or deceased.

DNA doesn’t change. It is set at conception and generally does not change; a paternity test can be performed on a person of any age—even on a sample from an unborn child (through prenatal testing). At birth, buccal swab can be collected from the newborn.

Government should make access to DNA Test easy to the public who would like to ascertain if the kids given to them at the hospital are really theirs. Offenders should be seriously dealt with because the aftermath of men raising kids , bonding with them only to find out later in years that they aren’t the biological father often lead to mental health problems, and some times, death. Paternity fraud should really be taken seriously and offenders punished.