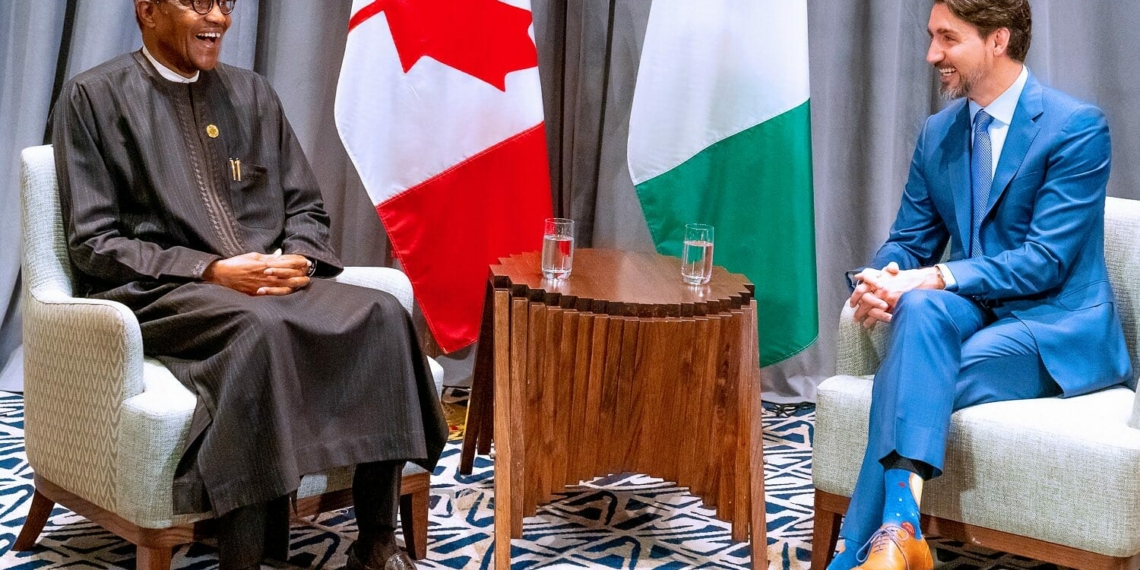 In February 2020 shortly before the Covid-19 pandemic, the Canadian government released data that showed that the number of Nigerians who immigrated to Canada tripled than the year before. This ranks Nigeria 2nd to India among leading countries with successful Canada Express Entry citizenship. Right now, Nigeria is the fourth-leading source country of new immigrants to Canada, behind India, China, and the Philippines. In 2019, about 12,595 Nigerians got Canadian permanent resident permits. Similarly, about 11,985 pursued their education in Canada.

Data shows that the following categories of people have the highest and easiest immigration to Canada.

Why is Canada Looking for Immigrants?

Canada has one of the highest immigration rates of any country. The flood of new arrivals – which stood at more than 300,000 per year before the pandemic – was slowed by health-related travel restrictions due to the Covid-19 pandemic. However, the resumption of immigration into the country this year has seen an increase in the number of immigrants. In June 2021 alone, Canada recorded 35000 PR immigrants into the country.

The rationale behind Canada’s encouragement of immigration is laid out on a government website (https://www.canada.ca/en/immigration-refugees-citizenship/campaigns/immigration-matters/track-record.html), which says, “Immigrants contribute to our economy, not only by filling gaps in our labor force and paying taxes but also by spending money on goods, housing, and transportation.”

Canadian cities and rural areas depend on immigrants to keep their populations growing and to support their labour markets. Canada also has an aging population, and without a robust system of immigration, Canada’s economy will be threatened because productivity would reduce due to a large number of aged people. Fortunately, Canada embraced immigration and that has allowed them to maintain a large proportion of the population in prime working age, between 25 and 54.

Why are Nigerians trooping to Canada?

Canada has many immigration policies which are favorable to Nigerians. Canada offers employments opportunities in sectors that are appealing to Nigerians. Nigerians in Canada enjoy a higher quality of life with better job and education opportunities and not to mention free healthcare. The cost of living in Canada is cheaper than in most other first-world countries. We have an article that extensively exhausted reasons Nigerians choose Canada above other countries for immigration (link)

Likelihood of success to immigrate to Canada from Nigeria

Canada presently has no limit on the number of people who can apply for a visa, as long as an immigrant passes the requirements contained in their policies. These policies seem to be very favorable to Nigerians. The growth rate outstrips some of Canada’s biggest sources of immigrants. For instance, this includes India, China, and the Philippines.

The amount of money you need to immigrate to Canada depends on the size of your family, and the type of immigration program you apply for. It further involves settlement funds, visa processing fees, the collection of required documents and even bringing your pet over. You need approximately $12,960 (over N6.5 million) as a single applicant and you can add $3,492 (about N1.8M) per dependent family member even if they don’t move to Canada with you.

Options For Immigrating To Canada From Nigeria?

There are many ways in which Nigerians can immigrate to Canada. However, we have stated broadly the surest and likely ways immigration to the North American country is done. Broadly, the options are:

The Express Entry is the most popular, fastest & leading immigration path for skilled Nigerian workers who want to live and work in Canada. The application process takes just six months to achieve. This is also referred to as Federal Economic Class. The Express Entry System has three main categories, i.e.

The goal of the Express Entry is to get an ITA for permanent residency. This works according to a points-based assessment known as the Comprehensive Ranking System (CRS).

How Can You Get an ITA?

Express Entry applicants are scored against criteria such as their age, years of work experience, language proficiency, level of education, etc. The highest-scoring candidates are sent ITAs during bi-weekly Express Entry draw rounds.

One of the best ways to increase a CRS score is to get a job offer, which can be worth 200 or 50 points depending on the skill level. Achieving a provincial nomination that’s equal to 600 CRS points is a good way of increasing your chances of getting an ITA.

Early in 2021, Canada announced it is welcoming between 64,000-81,500 immigrants through the Provincial Nominee Programs (PNPs). Canada is extremely large with 13 provinces and territories of which 11 manage their provincial immigration programs; there are about 80 programs between the participating provinces.

A program in a particular province is usually different from that of another province, including the criteria used. For example, the New Brunswick Provincial Nomination Program (NBPNP) welcomes skilled and intermediate skilled foreign workers with a special emphasis on truck drivers and Francophones. If you achieve a provincial nomination you can apply for permanent residency in Canada from Nigeria, and settle in the province that nominated you.

Transition From Temporary To Permanent Residence?

Work in Canada as a Farmworker or Caregiver

Canada has an ongoing demand for farmworkers and caregivers and welcomes foreign workers in these occupations to work in Canada through special work permit programs. If you have been working in the country in an eligible farming or caregiving position, then you can apply to immigrate to Canada through the Agri-Food Immigration Pilot and the Home Care Provider Pilot. All you need is about one to two years of work experience in Canada and a permanent job offer from your employer.

Studying in Canada with a student visa does not directly lead to permanent residency but it’s an effective stepping stone that can greatly improve your chances of success when you graduate. Remarkably, if you study an eligible program that’s longer than eight months in Canada, you could qualify for a Post-Graduate Work Permit. The PGWP allows you to stay on and work anywhere in the country to gain work experience after your studies.

Obtaining a Canadian qualification like a certificate, diploma, or degree counts in your favor because it weighs more than foreign credentials on your immigration application. Canadian work experience plus education is the ideal formula to achieving permanent residency in Canada from Nigeria.

Applying for permanent residency through a work permit is the most common and can be done through Federal Skilled Worker Program (FSWP), Provincial Nominee Program (PNP), and Canadian Experience Class (CEC).

It’s very rare to successfully adjust your temporary status to permanent residency with a tourist/visitor visa but there are some exceptions. Usually, the only way to do this is to qualify as a refugee or have a partner that is a Canadian citizen.

One of the ways Nigerians can immigrate to Canada is through its Business Immigration program, which attracts entrepreneurs and investors. This includes:

One of the ways Nigerians can relocate to Canada is to seek Asylum through the Humanitarian and Refugee Immigration scheme. Canada has an international reputation as a leader in accepting new refugees and other immigrants for humanitarian and compassionate reasons.

Those eligible for this are individuals who have fled their home country with a well-founded fear of persecution due to race, religion, social group, political opinion, gender, sexual orientation, etc. They will also undergo biometric, biographic, security, and criminality checks before they can be granted refugee status in Canada.

A significant portion of Canada’s annual immigration target is dedicated to admitting refugees.

Can a person Work Anywhere in Canada?

Can I Bring My Family to Canada?

Certain immigration programs allow people to immigrate to Canada with their family members, though it depends on the immigration program. For example, those immigrating through Canada’s Express Entry system are eligible to include their spouse and dependent children on the application, but not their parents.

However, Canada has family sponsorship programs enabling Canadian citizens and permanent residents to sponsor their spouses, dependent children, and parents/grandparents. To determine whether or not your family members may join you, first you must determine which immigration pathway you choose to pursue.