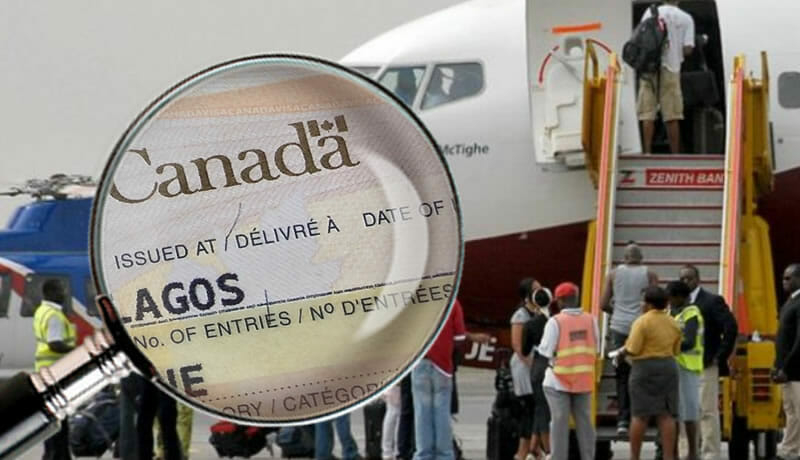 The United Kingdom & the United States of America are two countries in the world that have the highest number of Nigerian immigrants. Over the years, these countries have opened their borders to Nigeria either for study, work, or permanent residence. It’s even being said that cities like London (UK) and Texas (USA) are foreign homes of Nigerians, as one in every three black people is a Nigerian. However, in the last 5 years, relocation to Canada has sprung up among Nigerians and has been seriously threatening the number of Nigerian immigrants to the UK and the US.

In February 2020, data published by the Canadian government showed that the number of Nigerians who emigrated to Canada tripled than the year before as seen by the number of permanent resident permits received since 2015. Nigeria became the fourth-leading source country of new immigrants to Canada, behind India, China, and the Philippines. A total of 12,600 Nigerians gained permanent residence last year, which represents a tripling of Nigerian immigration to Canada since 2015.

This is even very popular among Millenials and GenZ more than previous generations. On the lips of the average Nigerian Youths on the street, is the word Canada when it comes to relocation. Funnily sometimes last year, Nigerian Twitter users called Canada their second home and added the Canadian flag to their bio. This exodus of Nigerian immigrants to Canada is still showing no signs of slowing down even with the strict measures involved in relocating. The question remains: why is Canada currently the top choice for Nigerians when relocating abroad?

Known among Nigerians as greener pastures, this is most often the reason Nigerians migrate. The crippling economic state of the country has increased the level of poverty. Inflation is on a steady rise and the welfare of the average Nigerian is poor. In a bid to securing a better life, Nigerians have found Canada as a haven. Healthcare, infrastructures, etc. are things really missing in Nigeria but highly developed in Canada.

Another reason related to this is Nigerian parents are securing a future for their kids, as Nigeria has become a challenging place economically to raise children

Canada is perhaps the most open country in the world for immigrants, welcoming people from 175 countries each year. This is due in part to the welcoming nature of the Canadian populace.

The warmth Nigerians have received from Canadians is also a contributing factor to why Nigerians keep relocating there. Canada is home to one of the most diverse cultures in the World, which bears a striking resemblance to Nigeria’s multiculturalism.

Canada easily accepts immigrants from different cultural and religious backgrounds; it also has strong advocacy against Racism. This has enabled Canada to become one of the countries with the highest number of immigrants which include Indians, Chinese, the Philippines, even the small nation of Eritrea. This receptiveness has made it an attractive destination for Nigerians. Canada is a place where Nigerians and other immigrants can easily integrate into society.

Canada is known to be among the countries with the best educational structure and system in the World. Canada offers different graduate visa programs to immigrants; this provides a diverse range of education options for Nigerians pursuing education outside Nigeria.

Reports show that there are currently over 12,000 Nigerian students in Canada. These students are also well-placed to transition into permanent residents. This is a tempting offer for Nigerians and a good factor for the massive exodus to Canada.

The Post-Graduate Work Permit programs and international Study Visa programs, in particular, are another factor that attracts Nigerians to Canada and then entices them to stay and become permanent residents.

Canada offers employments opportunities in sectors that are appealing to Nigerians. Fields such as IT, oil and gas, health care, and other STEM-related fields are being exploited by Nigerians in a bid to secure a better work experience.

Possessing relevant skills & professional work experience are taken into consideration when moving to Canada; Nigerians are well known for having these qualities. This also makes the Nigerian immigrants who are economic class skilled workers qualify for Express Entry profiles. The Canadian government then provides candidates with a CRS score based on their human capital characteristics. Canada uses the Comprehensive Ranking System to identify skilled worker candidates who have the best chance to succeed in its job market.

Canada’s aging population and workforce mean there will be low productivity which could affect their GDP. In a bid to overcome this, Canada opened their borders to immigrants and made an immigration policy.

This policy is very favorable to Nigerians among other nations. One of these is the English Language proficiency which is a major part of the Comprehensive Ranking System (CRS) used in determining qualified immigrants. Nigerians have an advantage when applying under Canada’s economic class programs because we are an English-speaking Nation.

Other policies are the candidate’s age, education, English and/or French skills, work experience, among other criteria. Regarding the age, this is why most Nigerians leaving for Canada are the Young Millenials and Gen Z generation.

Canada presently has no limit on the number of people who can apply for a visa, as long as an immigrant passes the requirements contained in their policies. These policies seem to be very favorable to Nigerians.