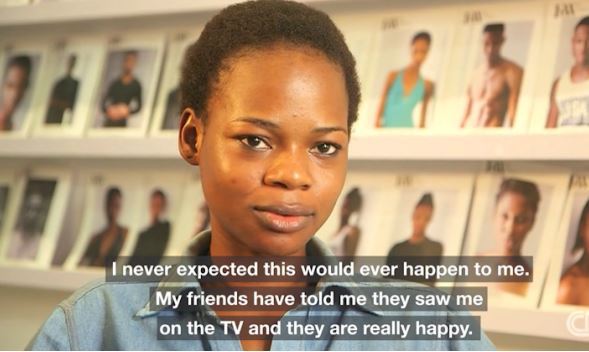 The 27-year-old ‘former’ random bread seller in Lagos and a mother of 2 photo-bombed a shoot involving celebrated Nigerian photographer TY Bello and British singer, Tinie Tempah, and left majority wondering how well she blended into the shoot like a professional model. 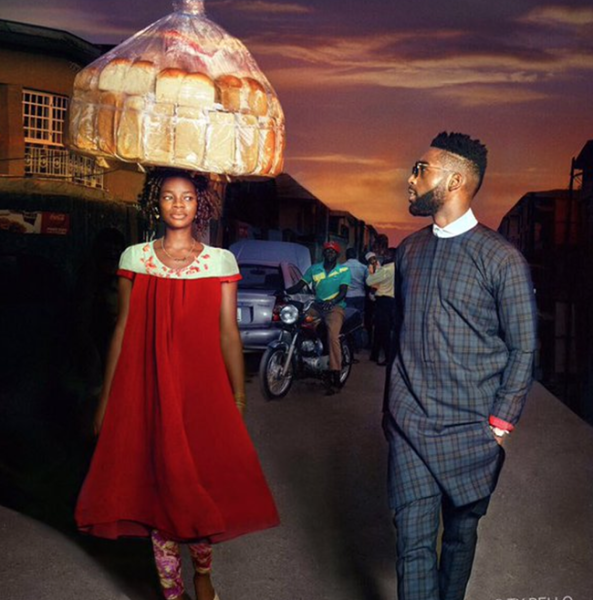 She has since gone on to catwalk and photography jobs, as well as having her Cinderella-like story being profiled on international and local media.

According to her mother, they didn’t get any prophecy that she would be famous, but a recent research by Nigerian company, BHM show us that celebrities played a major role in Olajumoke’s rise to fame.
Here’s how it all started and few of the celebrities that contributed to the success 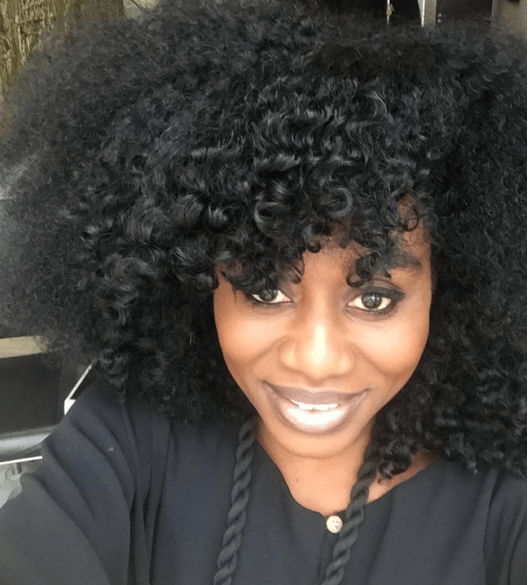 All thanks to TY Bello’s 179k followers on both Instagram and Twitter for a jump, the reach of the debut picture of ‘Jummy’ increased significantly with every new person who saw the image and retweeted or re-grammed it.

BEATIFUL MISS X:WHO IS SHE.?Every one has been asking if this lady is a model .. It was just perfect coincidence … She just happened to be walking by while I photographed . It happened so fast .She definitely SHOULD be a model. .. I’m happy to help her build a portfolio if she’s interested .She’s so beautiful and photographed so well. I’ll find a way to track her down somehow . You guys can also help #lagos #doesanyonerecognizeher #okunorentwins #tinietempah @thisdaystyle #lagos

According to the popular photographer:  ‘…Questions and comments started to fly: Was she a model? How did we convince the model to balance all that bread on her head? The buzz about her multiplied when I clarified that she indeed wasn’t a model at all but simply stumbled on our set. I immediately began my search for her. If so many felt she was beautiful enough to be a model, then maybe she was meant to be one.’

This sets off a modern day Cinderella-like search that everyone wanted to be a part of. As the posts about the hunt for Olajumoke got shared several times, it got the attention of celebrities – many with wide influence on Social Media. This created a great anticipation for a successful end to the search…with many stalking TY Bello’s timelines on social media for the tiniest updates on the search very hour (I may or may not be one of them).

Then she was found!

So I found her …our beauty from the @tiniegram shoot and boy have I got a fantastic story to share with you all. Right here is an amazing 27yr old mother of two , Jumoke Sunday with an incredible life story .I called on three amazing artists @bimpeonakoya for beautiful makeup .. @zubbydefinition for hair and @emaedosio to make a short documentary about her .. Every one gave a yes !on the spot . They were all at the studio within an hour and we had the most amazing shoot with her. I’ve also spoken to a few people about the best way to help move her forward and reunite her with her family . … The process has already begone and I’ll figure out the best way to have anyone who wants to be part of the journey .Meeting and photographing her has inspired us all and we can’t wait for the good that will come to her from all of this to unfold . She doesn’t speak English well but here ,she was explaining how she found us . I had sent an assistant , as many of you advised ,to leave a message with the people in the area where we photographed her… So here she is .. #Olajumoke #tybellophotography #findingjumoke #thebeginning