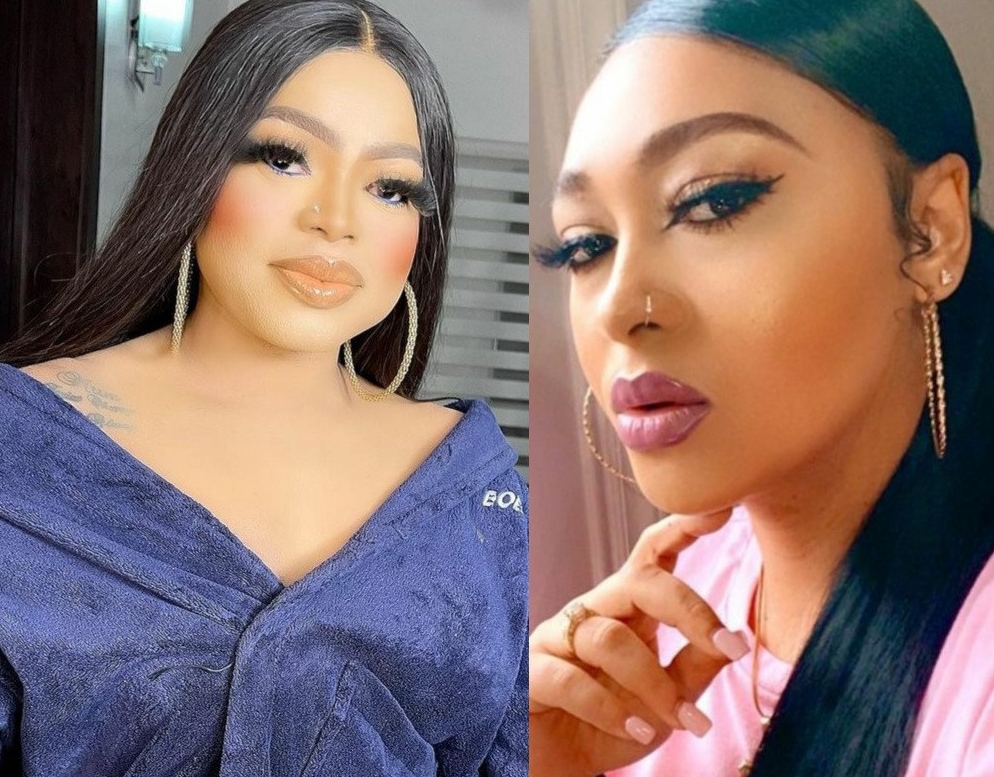 Actress Rosy Meurer who has been in news after Olakunle Churchill unveiled her as his wife, has been slammed by Bobrisky.

In a recent video, Meurer once again denied allegations that she was the reason for Tonto Dikeh and Olakunle Churchill’s split.

In reaction, Bobrisky in two separate posts, blasted Rosy telling her to shut up because ”no one needs an explanation from her.”

He also called her the “no 1 husband snatcher” then pointed out that she finds it difficult to call Churchill her husband.

Sharing the posts, he wrote;

“According to her last statement about not giving a fuck about people opinion y then sit down in front of a camera for over 20min explaining like a female village parrot 🦜 if truly you don’t care. Rubbish !!!!!!!! Don’t even get me more upset 😡” 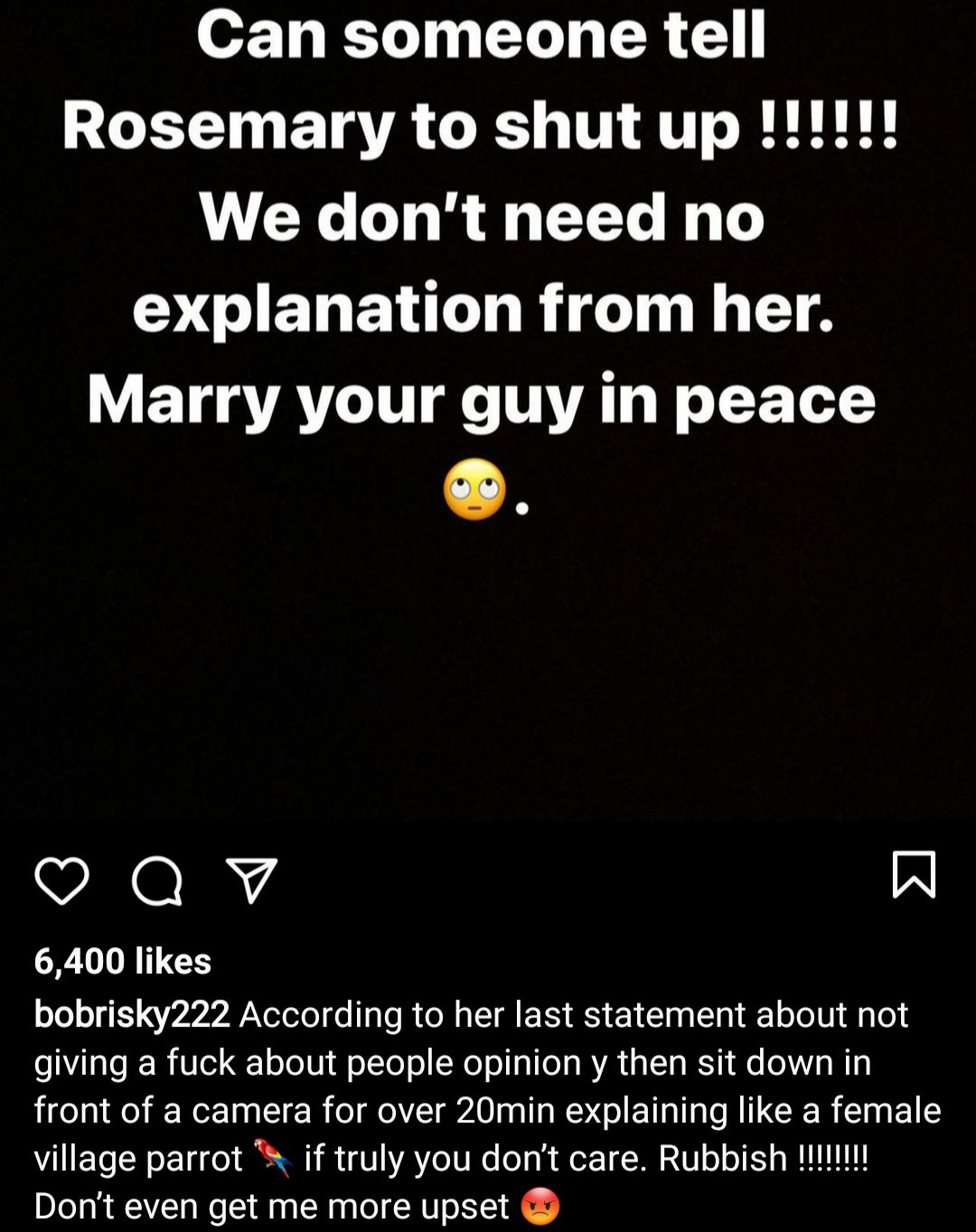 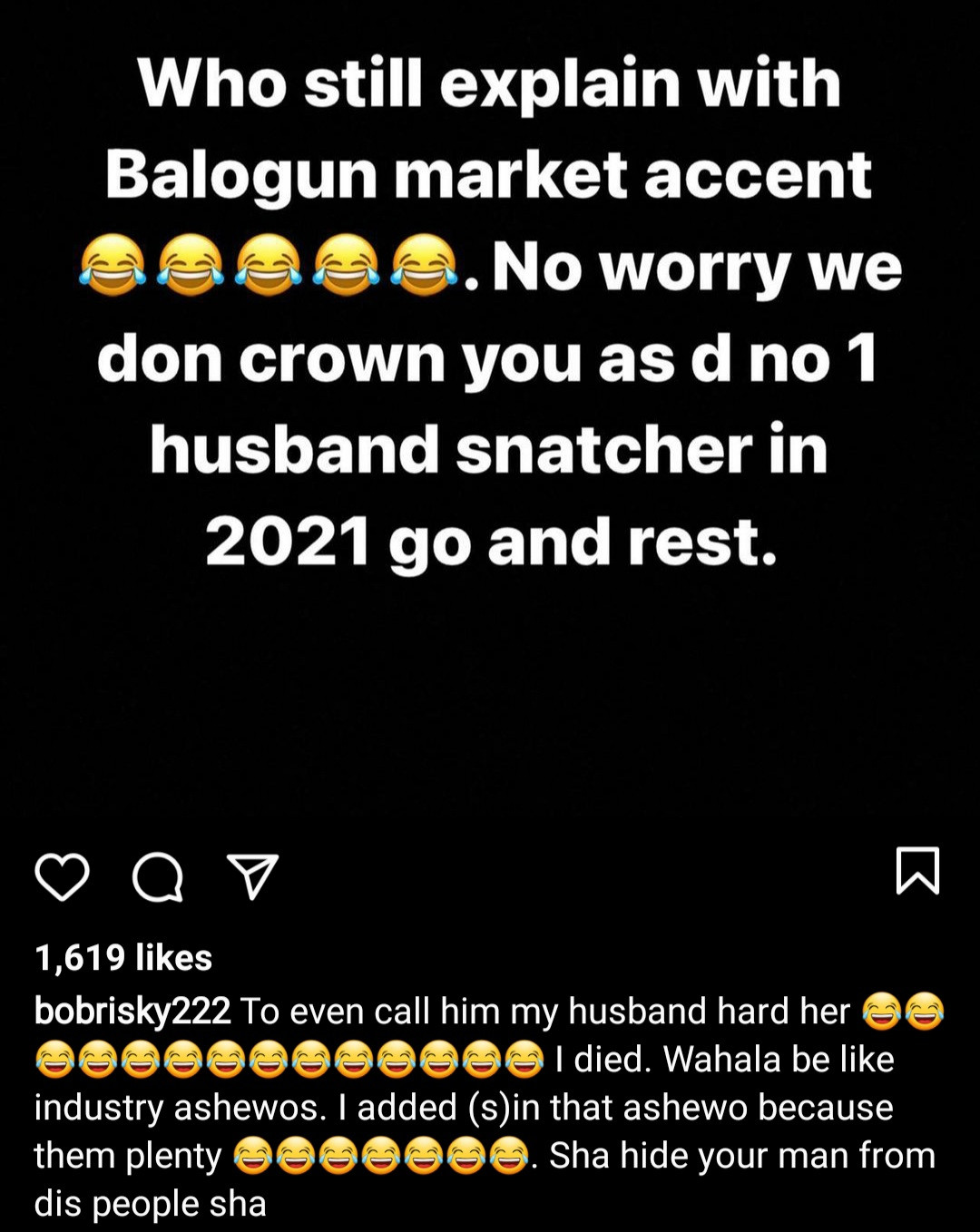