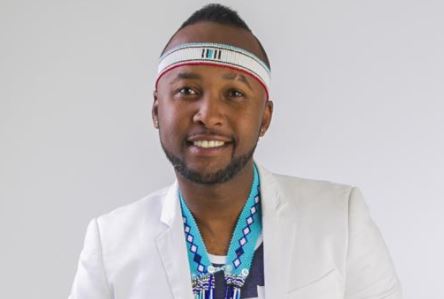 South African musician, Vusi Nova, was stripped‚ beaten and abandoned in Soweto after being kidnapped in a 2-hour horror hijacking on Friday morning.

The music star was kidnapped alongside members of the band 047 outside his house in Melville‚ Johannesburg.

His PA, Delphine Klassen, who confirmed the incident, told ENCA, that four men jumped out of a VW Polo and attacked Nova’s Range Rover while he was traveling with four other people.

He said the hijackers dragged Nova and one other band member back into the vehicle and drove off after a gun shot went off. The incident took place at 4:45 am on Friday morning. 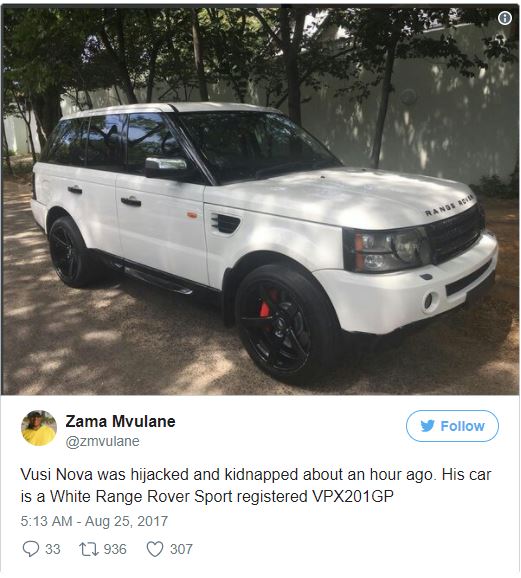 The singer was later found in only his underwear and shoes after he was beaten and stripped of all his clothes at about 6:45 am in Soweto. His vehicle was also abandoned at the Eldorado Park and Brixton area.

Nova’s manager, Jead Stehr, who confirmed the safety of the other musician said he was injured during the incident

“The other musician was discovered in Riverlea with an ear partially cut off. Vusi is safe and that is all that matters.’ He added that Nova is angry.

“He is pissed off and giving a statement to police at the moment.”

The incident comes barely two weeks after actor Dumi Masilela was shot dead by unknown men in a botched carjacking in Tembisa.