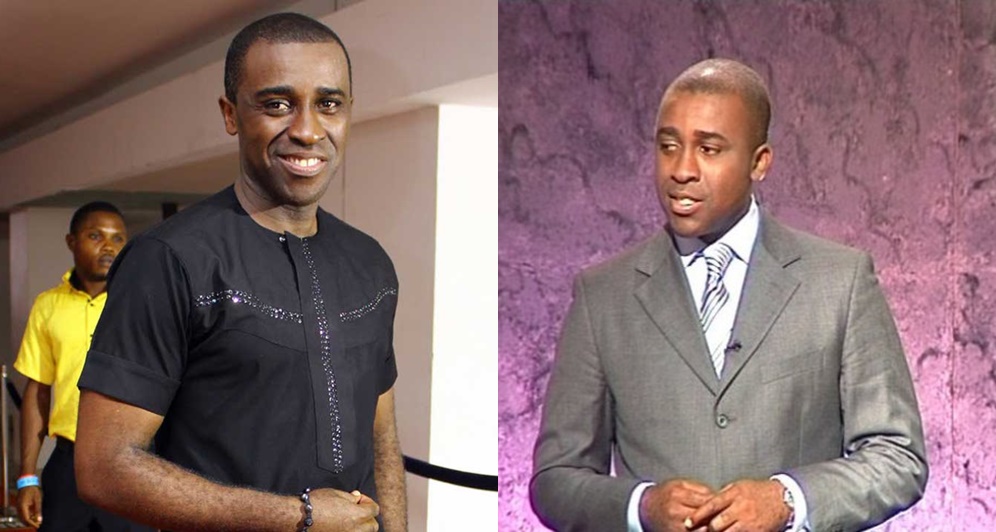 Who Wants to Be A Millionaire anchor, Frank Edoho shut down a Twitter user who allegedly accused him of beating his ex-wife. it was reported that the argument started when Frank tweeted about being afraid for Floyd Mayweather because Conor Mcgregor’s training is more intense .

The Twitter user then called him ”over sabi” saying no one has access to any of the training camps In response, Frank said there is a tv series based on their preparation and he guesses GoTV doesn”t have it . Then the troll again calls the anchor a jobless wife beater, which Frank responded;

Lol..I have been silent about this. People who know me can vouch that i can’t hurt any lady. Ask all the ladies i have worked it…Idiot

See the screenshot of the chat below; 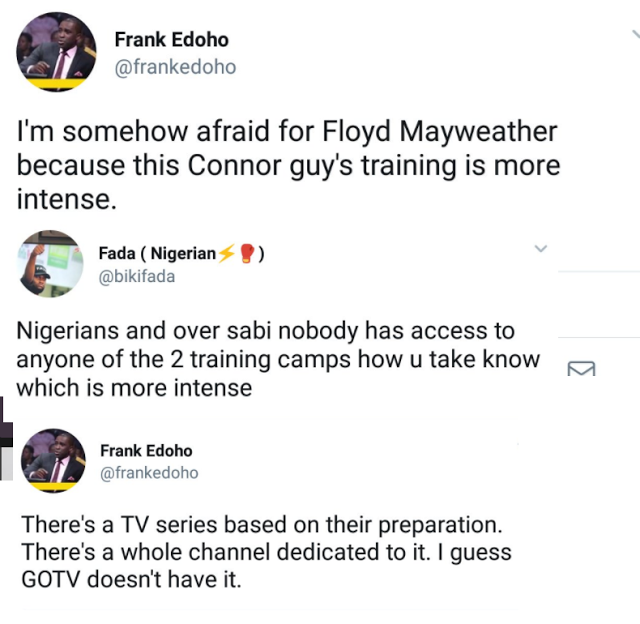 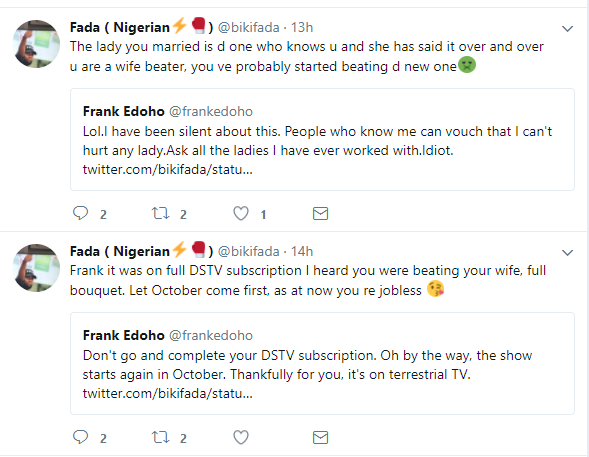 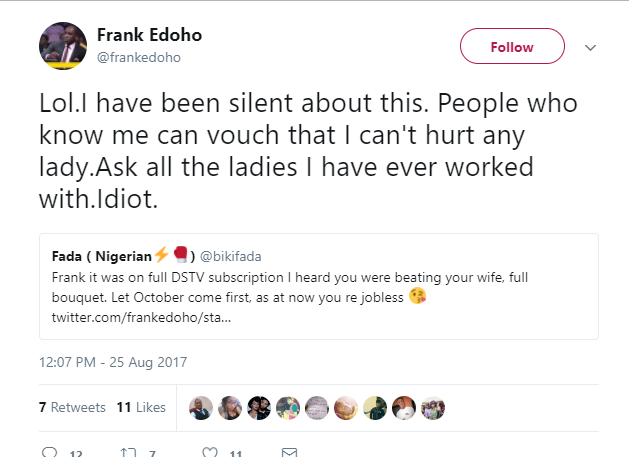