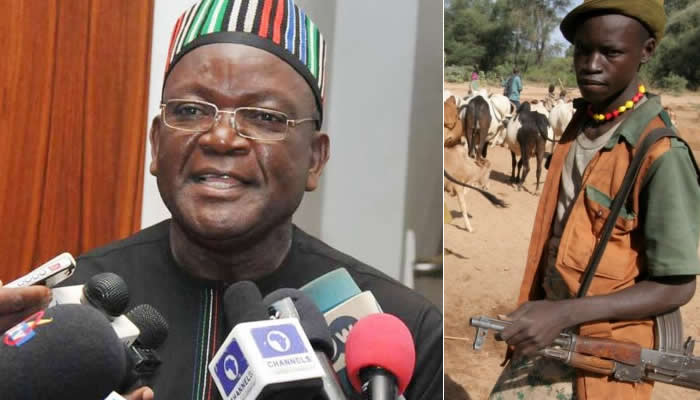 Governor Samuel Ortom disclosed this while speaking with journalists in his office at the Government House, identified former MACBAN Coordinator in the state, Alhaji Garus Gololo, as the alleged leader of the killer herdsmen, which he said have been threatening his life.

Ortom said he had reported the planned attack on him to security operatives. He expressed optimism that the killer herdsmen will not succeed as God who gives and takes life is with him and cannot die in the hands of Fulani herders who are against him for promulgating the anti-open grazing law.

“There are threats to my life and I have reported that to the security agencies that one Gaurus Gololo and his team, who are members of MACBAN, are planning to attack me. But I always said life belongs to God. It is God that gives and takes life. So, my life is not in the hands of any Fulani man who is not happy with the promulgation of the anti-open grazing law in the state” he said.

Meanwhile, the governor yesterday reconciled with his predecessor, Dr. Gabriel Suswam, whom he has not seen eye-to-eye with since assumption of office about three years ago.

The gesture, according to the governor, is for the common good and development of the state. This followed a reconciliatory meeting convened at the instance of paramount ruler of the Tiv nation, the Tor Tiv, Prof. James Ayatse, to mediate in the protracted face-off between the two politicians of Tiv extraction.