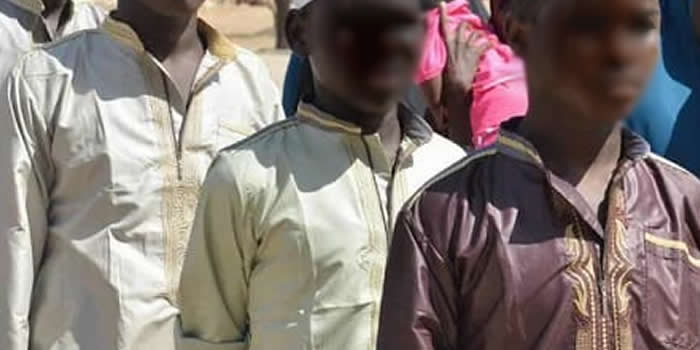 The sodomised boys were said to be Abdullahi’s apprentices. Northern City News gathered that the suspect, who migrated from Kebbi State, had no wife.

The suspect allegedly induced his victims with sweets, biscuits and other snacks. He was said to have been exposed when one of his victims became ill and confessed to his parents the supposed cause of his stomach pains.

A victim’s father, Shehu Musa, reported the matter to a vigilance group which arrested the suspect and handed him over to the police in Zungeru, but the case was subsequently taken over by the Child’s Rights Agency.

One of the victims said Abdullahi forcefully had carnal knowledge of him when he slept at his house, adding that he resisted his advances and also threatened to expose him.

The Director General of the Niger State Child’s Rights Agency, Mariam Kolo, described the case as “disturbing, nasty and dehumanising.”

Kolo said the agency had to take over the investigation because it was a rape case, adding that the suspect was still in the police custody and would be handed over to the state Criminal Investigation and Intelligence Department for investigation and prosecution.

She said it was disturbing that the victims were afraid to tell their parents because of the fear of being punished, cautioning parents to stop being harsh on their children.

“We need to build the confidence of the children so that they can tell their parents anything or any challenge they are facing at any time.

“It is unfortunate and sad that a child can face this sort of situation and cannot tell his parents. Parents should stop being harsh on their children. You can be strict and friendly at the same time,” Kolo stated.

The DG said the children were undergoing medical treatment to ascertain their status as most of them had been complaining of stomach ache and passing out worms.

She added, “We are awaiting the outcome of the medical report and they will undergo counseling. We need to let them know that what is being done to them is totally wrong and should not continue.”

She reiterated the determination of the agency to tackle all forms of child abuse and to prosecute the perpetrators.