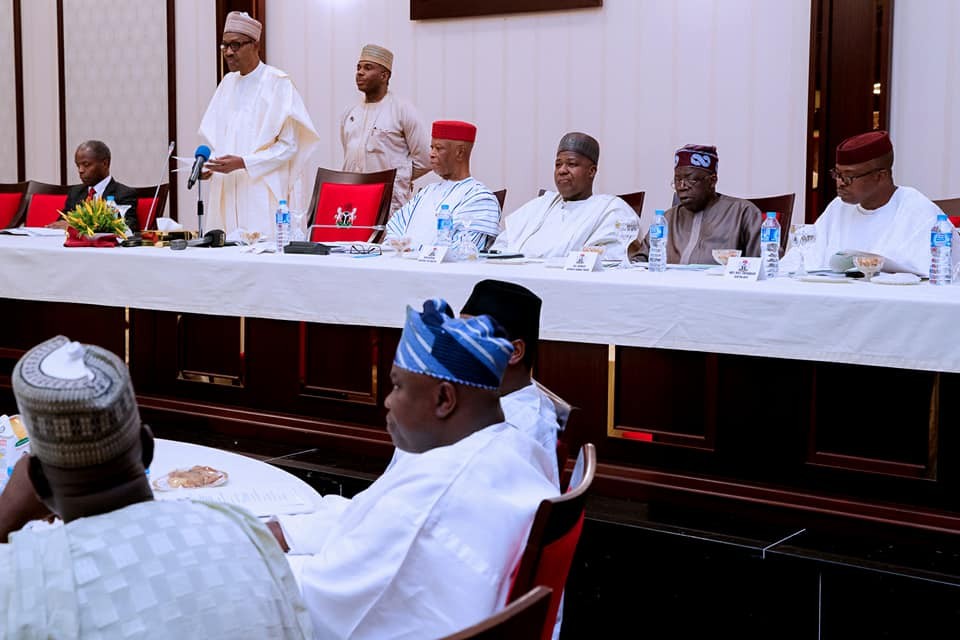 President Muhammadu Buhari has told the All Progressives Congress leaders to prepare for the 2019 elections.

President Buhari along with Vice President Yemi Osinbajo attended the APC caucus meeting at the state house on Monday.

Buhari said this on Monday, when he hosted top members of the party at the Presidential Villa in Abuja. He thanked APC members for standing by him despite the “antics of the opposition”.

“I must heartily thank the party officials and members for the successes we have achieved in the 2015 elections in securing majority of the states, majority in the national assembly and majority in the state assemblies,” he said.

“We must remember that this resounding success would not have been achieved without the unity of purpose we exhibited in challenging and defeating an incumbent government.

“Those outstanding successes would not have been possible without your hard work, dedication, and above all, sacrifice. I wish to individually and collectively thank you all sincerely for believing in me and remaining steadfast party members despite distractions and antics of the opposition. This unity and success are needed now more than ever, because elections are now looming.

“Now that INEC has come out with the timetable for elections in 2019, the party should prepare itself for congresses at A. Wards, B. Local Governments, C. States and D. Centre.

“We should strictly follow the constitution of the Party in undertaking these party elections. We should ensure internal democracy and avoid short cuts and illegal maneuvers which have characterized the opposition party with the consequences that they are now divided.

“The APC has a history of conducting free and fair primaries whenever consensus about any candidacy is not reached. Regardless of the outcomes of the primary processes, it is imperative that we all work together to ensure the victory of our party,” he noted.

Buhari said his administration had been able to introduce some reforms, accusing the Peoples Democratic Party (PDP) of mismanaging the resources of the country.

“I must state at the outset that to succeed we must in all our actions and decisions follow strictly the constitution of our party. It is easy to forget that we succeeded a government with a record of unprecedented theft and systematic mismanagement.

“Nigeria was fast heading for a state of collapse. It is easy to forget the fuel subsidy fraud, arms fund diversion, depleted excess de Account savings, depleted foreign reserves, massive unpaid debts to contractors and suppliers amidst failure to invest or even maintain our infrastructure namely railways, roads, electricity, inspite of having earned over US$500 billion from Oil & Gas alone, during the 16 years of PDP rule.

“Lest we forget, we must always remind ourselves of the dire situation in which we came to office.

“Therefore we must not be shy in projecting our tremendous achievements from 2015 to date. The territorial integrity of Nigeria longer under threat. A number of security challenges still exist, but they exist in even the most well policed and well-secured countries. I am confident that the measures we are taking will tackle the acts of rural banditry, herdsmen/farmers conflicts, communal clashes, kidnappings and other crimes,” he added.

Photos from the meeting. 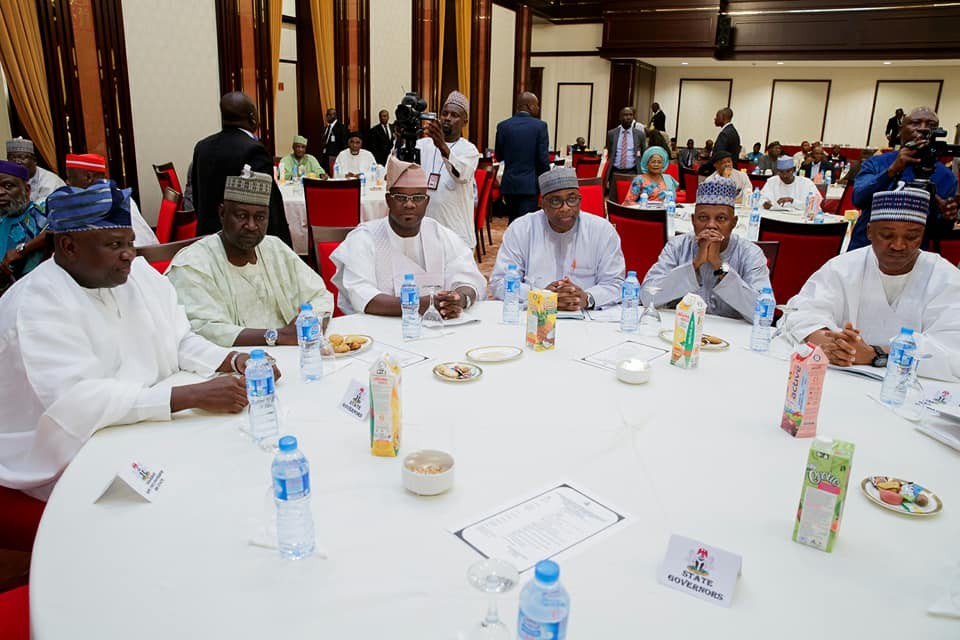 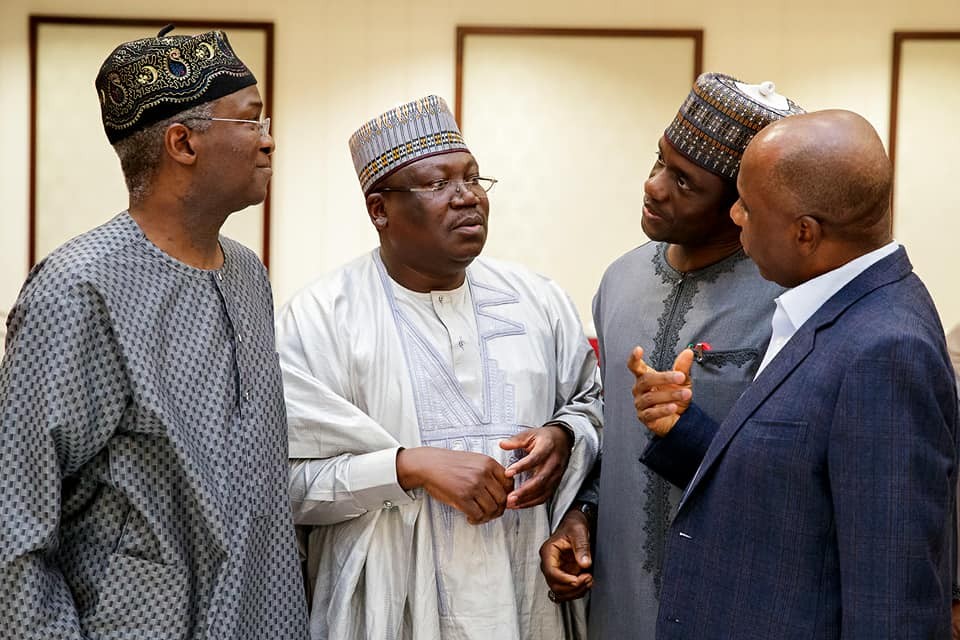