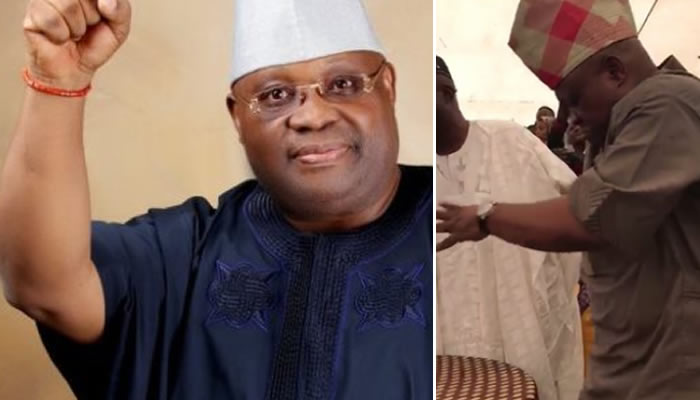 The group made the assertion in a press statement signed by its National Coordinator, Comrade Sunday Kelani, a copy which was sent to newsmen on Friday.

The statement noted that the senator has taken it as a tradition to dance at any event he attends instead of contributing meaningfully to National issues as a lawmaker of the Federal Republic of Nigeria.

It chided him for, “taking the dignity of legislature for granted” adding that he is no more a private person, but a public office holder of high echelon in Nigeria.

“The routine dance of the Senator representing Osun West senatorial district is becoming a big embarrassment for people of his constituency and Nigerians as a whole.

“Instead of making appreciable contribution constructively to nation-building, Senator Adekeke is busy dancing across the country rather unabatedly.

“The place of legislature in a democracy is too important and serious for any of its member to resort to a mere entertainer and official dancer.

“This attitude of the lawmaker is highly unbecoming of a man with that political stature, this must stop as a matter of importance and exigency.

“There is a limit to how a politician could go to impress the people outside the specified statutory obligation through performance; the earlier the senator knows that his dancing step is no more catching the fancy of anyone the better for him, ” the statement said.