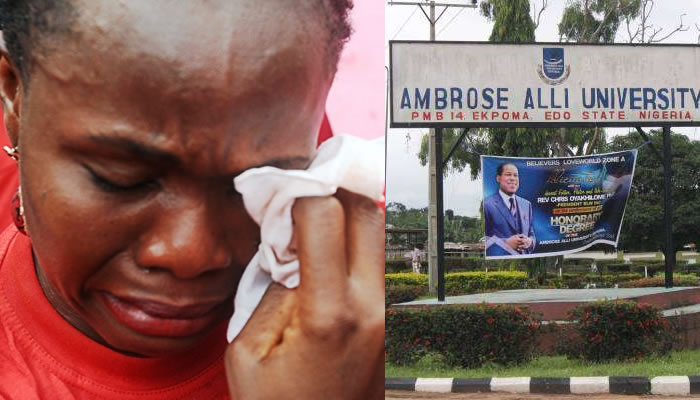 No fewer than twelve persons are currently hospitalized at the Benin Central Hospitaland other private hospitals following the attack by the herdsmen.

The incident at Ugboha occurred Friday night at about 7:30pm when the deceased Collins and his friends were on their way back to village from Uromi.

Father of the deceased, Mr Festus Ojierakhi, told newsmen that ¨I am just confused. I was actually in the house resting at about 8pm and I started asking about my son who was not there. I was told he went to Uromi with his friends on a motorcycle.

¨It was around 9pm that the mother of my son´s friend started shouting, crying that herdsmen have killed her son. I rushed out of the house and I asked about my own son. I was told he died too with his friend.

¨We immediately detailed boys and ran to the place. When we got there we were told that the police had come to take the corpse to Ubiaja mortuary. I was told that my son and two others, including the friend died. They said the other person that died is an Igbo person.

¨The information we heard was that as my son was driving home with his Okada, the herdsmen and their cattle blocked the road and they waited for them to leave the road. Immediately they passed, some of their people in the bush opened fire on my son and his friends and they died at the spot.

¨I have been to the Area Commander’s office and they said they are investigating the matter. I don´t know what to do. This is a young boy that just entered university,¨ he lamented.

The Police Public Relations officer of the Command, Chidi Nwabuzor, when contacted said he was attending an event therefore could not comment.