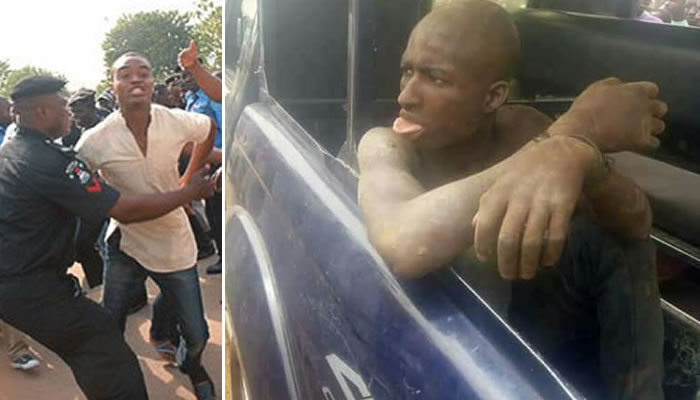 A suspected cattle rustler and killer herdsman has been arrested by security operatives in Gwaza area of Gusau, Zamfara state capital.

The suspected hoodlum was apprehended following days of investigation by the security agents for allegedly stealing cows in the area along with his gang members. 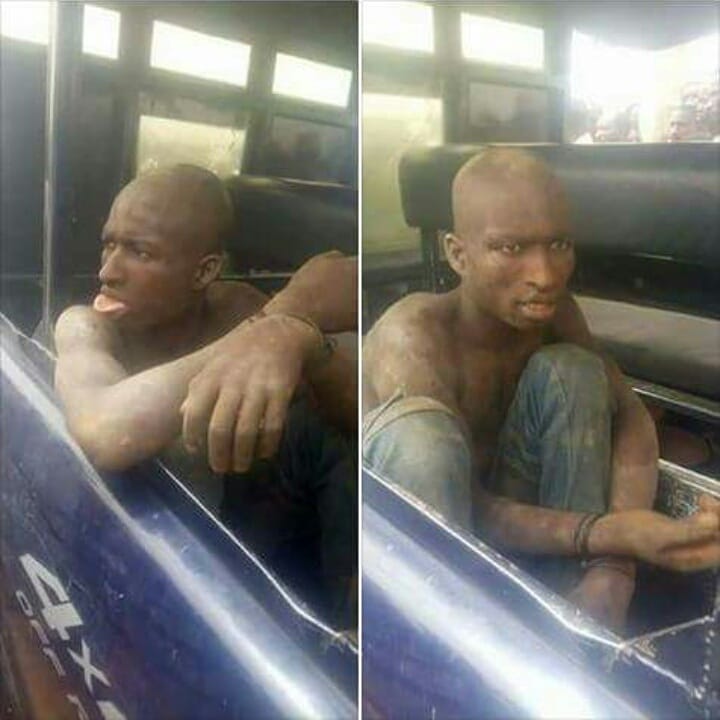 After his arrest, the cattle rustler stuck out his tongue for the residents who gathered to watch the police officers take him into custody.