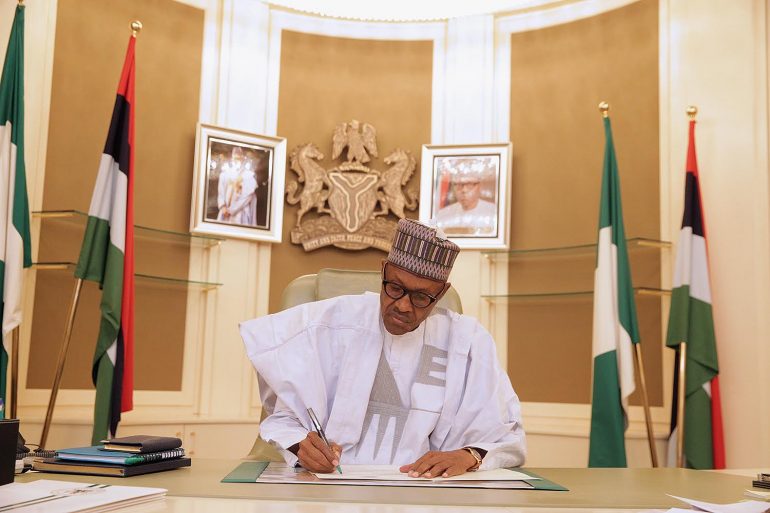 President Muhammadu Buhari on Monday said his decision to seek re-election in 2019 was based on the clamour by Nigerians.

According to a statement by his Senior Special Assistant on Media and Publicity, Garba Shehu, the President said this at a closed-door meeting of the National Executive Council of the ruling All Progressives Congress, held at the party’s headquarters in Abuja.

The statement in part read:

President Buhari made the declaration at a closed-door meeting of the National Executive Council of the All Progressives Congress.

The President said he was responding to the clamour by Nigerians to re-contest in 2019, adding that he wanted to give NEC the honour of notifying them first.

“Shortly before making the declaration, the President presented a speech on the report submitted by the APC National Executive Technical Committee.”

According to the News Agency of Nigeria, Buhari had earlier presented a speech on the report submitted by the APC National Executive Technical Committee, and specifically thanked members of the committee for carrying out its assignment on time.

“It shows a great sense of commitment to the ideals of our party with a view to consolidating and positioning the party to continue delivering good governance in the overall interest of Nigerians.

“With the present state of the party and based on the report submitted by the Technical Committee, it is important to focus on how to move the party forward by avoiding actions detrimental to the interest of the party.

“Considering that politics is a game of numbers, we must not be a house divided against itself and must try to note, appreciate and accommodate our differences as far as the law permits.

“Upon my review of the Report, my position is to ensure that the party tows the path of unity, legality and cohesion and not that of division,’’ NAN quoted Buhari as saying.