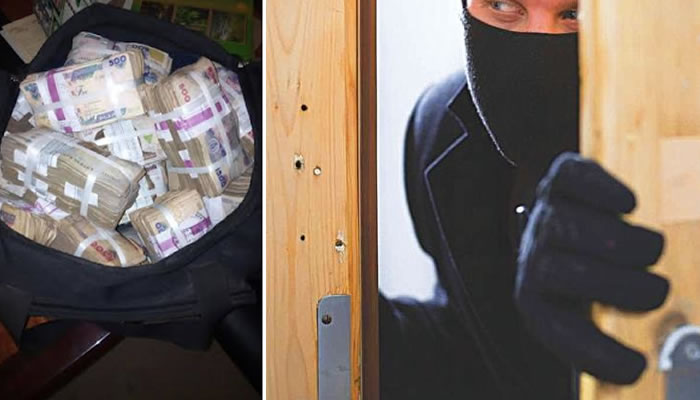 Suspected robbers have stolen over N9m meant for the payment of April salary of workers of its Departments of Health and Agriculture, this was confirmed by the Chairman of Gwandu Local Government Area of Kebbi.

The chairman of the council, Shehu Bagudu, affirmed the incident while speaking with newsmen in Gwandu on Thursday that the incident happened on May 24.

“The incident happened when the cashier of the area, Bashir Gwandu, collected the money from the bank and went to his house.

“As he was about to open the gate of his house and unknown to him, the thieves had been trailing him from the bank.

As he was opening the gate to enter his house, the suspects who had laid ambush for him, attacked him, snatched his car with the money inside and drove away.

“The car was later discovered in Tambuwal Local Government Area of Sokoto State,” he said.

The council chairman also dispelled the rumour that he was shielding the cashier, who is his son-in-law

Bagudu said he could not stop the Police from doing their proper investigation.

“I have not slept ever since this incident happened.

“The boy is my son-in-law ever since before I became the chairman of the council, and he is known to be trustworthy in the council.

“We wrote to the Ministry for Local Government and Chieftaincy Affairs on the incident, but we are still waiting for their response.

“At the same time, the Criminal Investigation Department of the state Police Command is on top of the situation, doing proper investigation,” he said.

He added that the council had held a series of meetings with the affected workers, saying “the cashier’s family is planning to pay part of the stolen money before the arraignment of their brother in court on June 4.”

The Police Public Relations Officer, DSP Mustapha Suleiman, who confirmed the incident, said the cashier had been undergoing proper investigation by the CID since the incident.

“The cashier has just been granted bail after the necessary investigation and he was given bail on the surety of a former Sole Administrator in the council,” he said.