Photos: Super Eagles, Coaches take off to Austria ahead of Czech Republic friendly

On Saturday, Nigeria lost 2-1 to England in their latest friendly and they are expected to face Czech Republic in Vienna on Wednesday in their final warm-up match.

Head coach of the team, Gernot Rohr, has already named his final 23-man squad for the tournament, leaving out Ola Aina and Mikel Agu.

The Eagles get their 2018 FIFA World Cup campaign underway in two weeks’ time against Croatia on June 16. 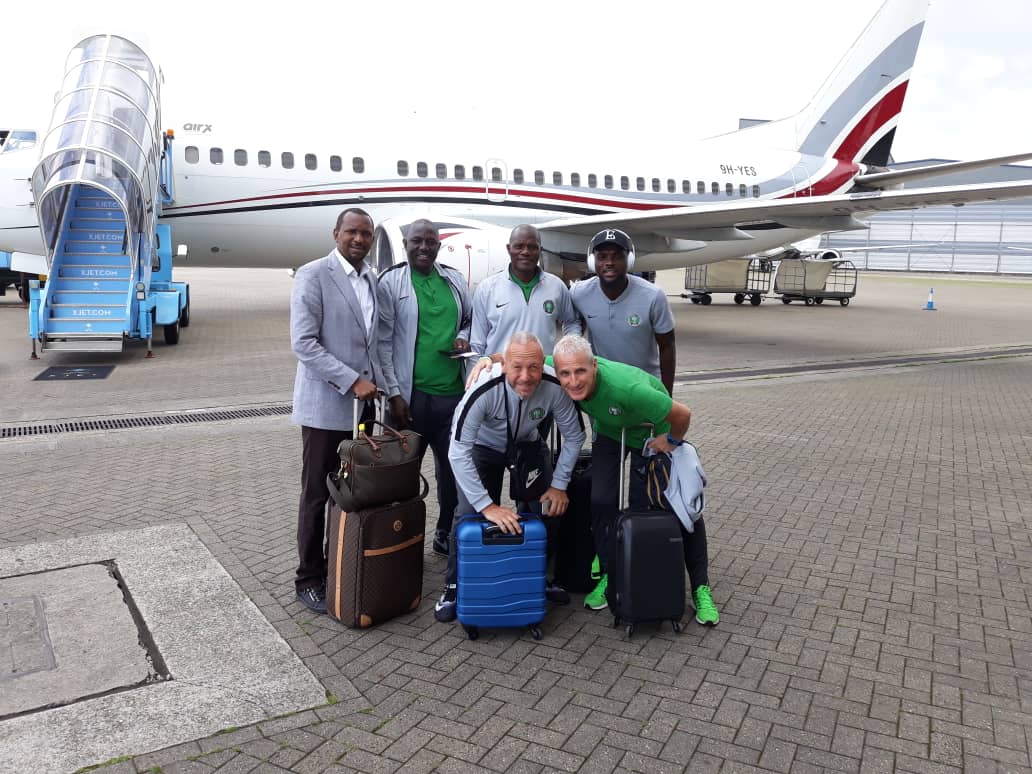 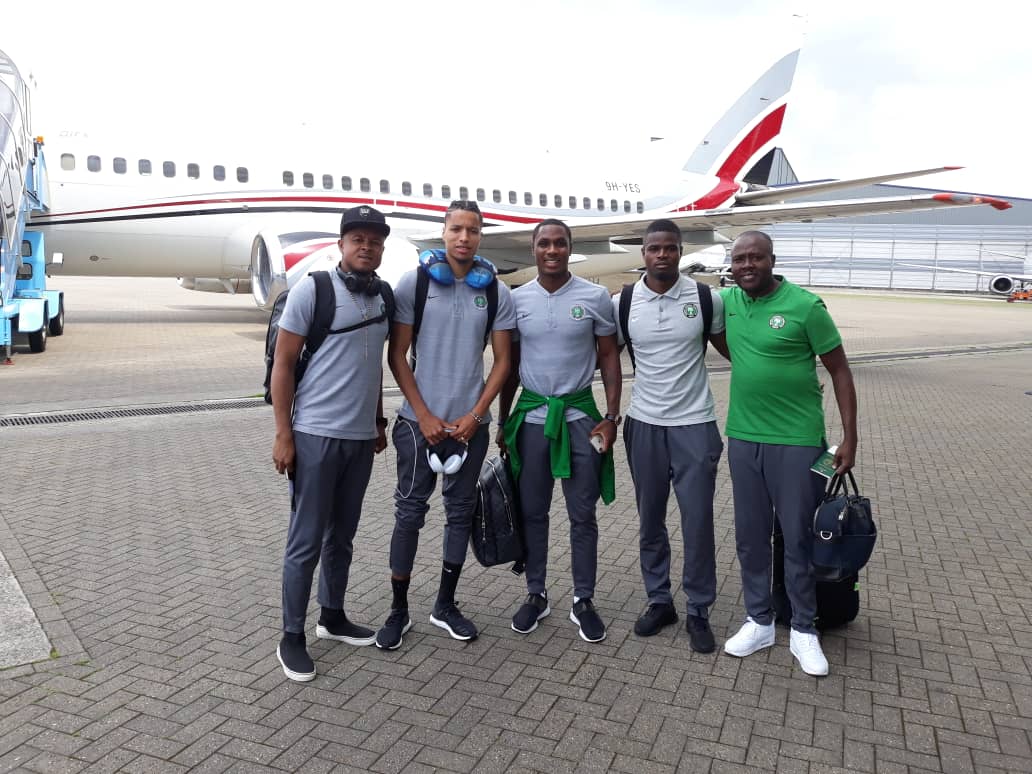 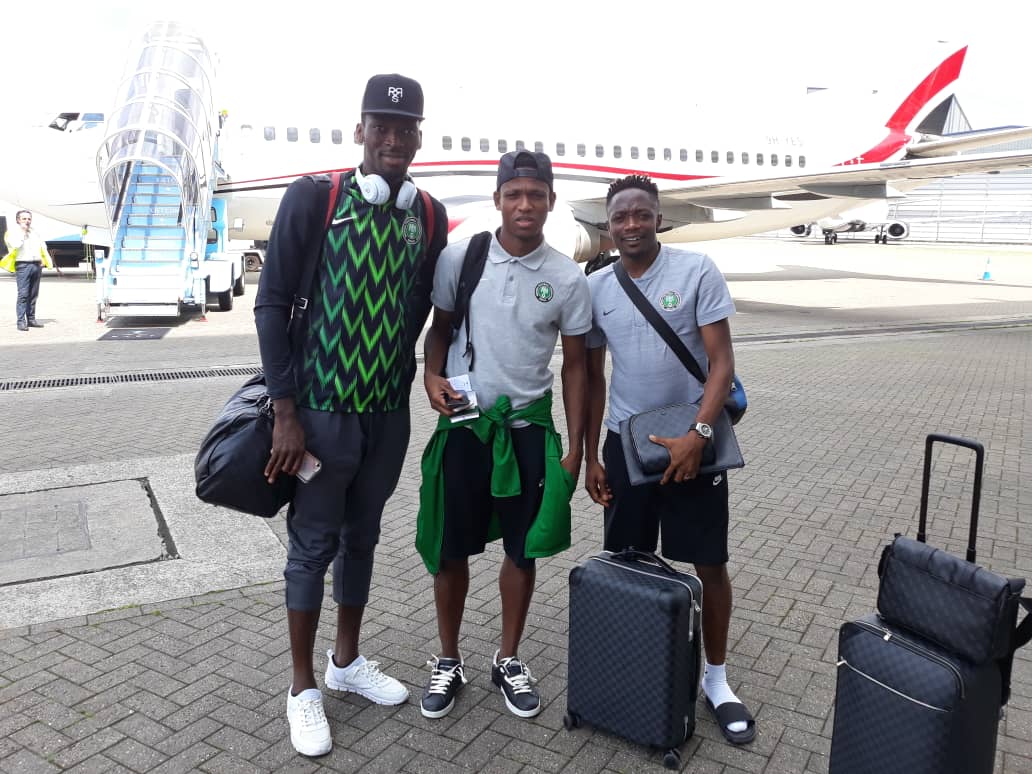