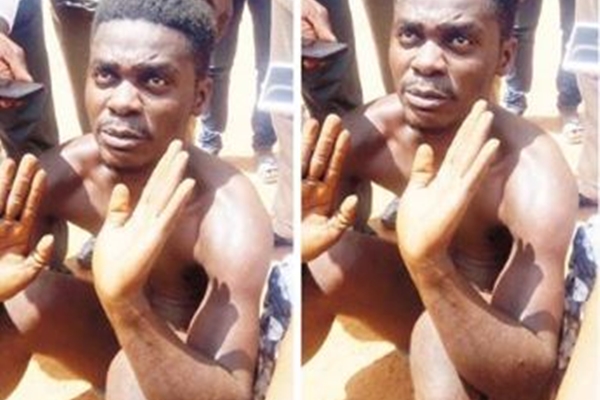 A 32-year-old man has been arrested by the Nigeria Security and Civil Defence Corp (NSCDC) in Nasarawa State for allegedly beating his mother to a state of coma. .

The Commandant of NSCDC in the state, Muhammed Gidado Fari, said the suspect, Obey Samuel, was arrested for beating his biological mother “without any provocation.” .

Aamuel however denied the allegation. He said, “I did not beat her but I know that when I came back from a night club at that time I was drunk I just locked her up in her room.”

This could have been as a result from taking drugs such as codeine amongst others.

As of the time this report, he has been detained but not charged to court.

Checkout photos of a cute baby abandoned in the bush