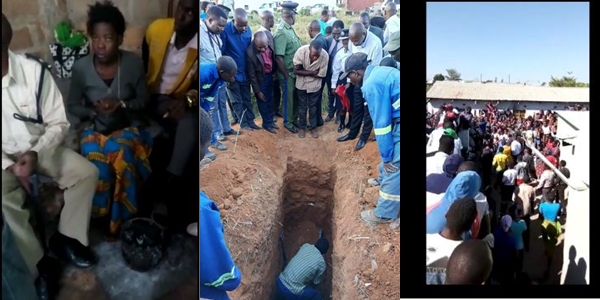 Drama ensued after a girl who was believed to have died 2 years ago walked back to her parents home yesterday. It was gathered that the girl identified as Winnie died after an illness and the body was taken to the mortuary and later to the church before she was reportedly buried.

The shocking incident of the girl’s “resurrection” happened yesterday in the quiet Masala town in Ndola, Zambia.

The girl was said to have been buried at Mitingo cemetery only for her to walk back to home to the shock of her parents and neighbours.

The girl revealed that it was not her they buried but a banana tree as hundreds of residents gathered at the Central Police where the parents and the girl were kept awaiting for a DNA test to be authorized and conducted on the girl.