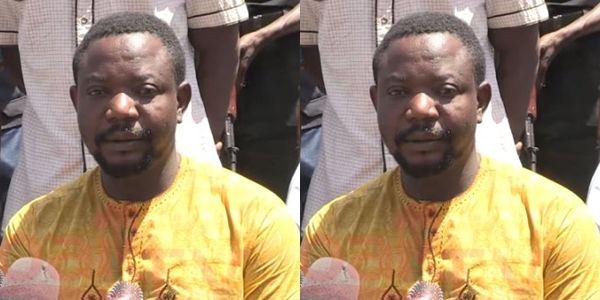 Adeola Abraham, one of the gang leaders that carried out the attack that occurred in Offa, Kwara state, has confessed to killing five innocent people just because they were throwing stones at him.

On Sunday, June 3, 2018, Force Public Relations Officer, ACP Jimoh Moshood, paraded some of the 22 suspects arrested in connection to the incident and noted that there were five main leaders.

According to him, the main gang leaders are Ayoade Akinnibosun (aka, AY), Ibikunle Ogunleye (aka Arrow), Adeola Abraham, Salawudeen Azeez, and Niyi Ogundiran, all indigenes of Oro, Irepodun local government area of Kwara.

He said, “When we’re in operation, they start to attack us with stone, civilian people, outside the bank. I was in the front of the bank when they started shouting ‘thief, thief’ and started carrying the stone, threw the stone and then the stone knack (hit) me, that is why (I killed them).”

Alongside Abraham, other gang leaders who killed people during the robbery are Ogunleye, Azeez and Ogundiran who killed two people each.

The other 22 people that died, including nine police officers, were killed by Adikwu, a former police officer who was attached to the Special Anti-Robbery Squad (SARS) of the Kwara state command before he was dismissed in 2012 for aiding the escape of some robbery suspects. Adikwu was arraigned in court and spent about three years in prison before he made his way out in unclear circumstances.

He provided some of the firearms used to wreck havoc during the robbery and also trained members of the gang in the use of firearms at Ajase-Ipo, Kwara, a day to the robbery.