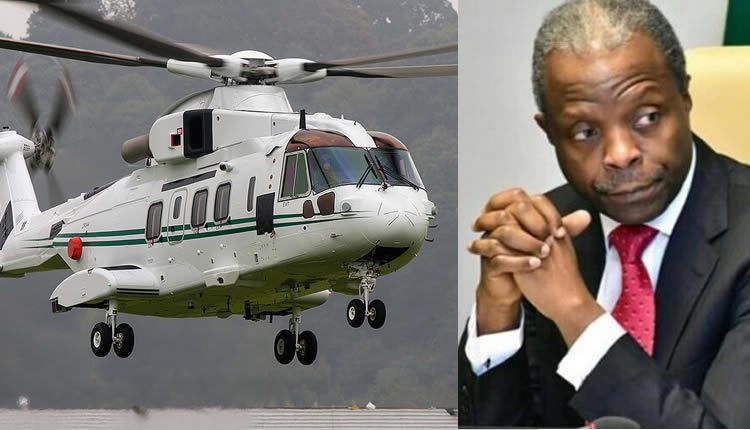 A chopper that conveyed Vice President Yemi Osibanjo from the Nigeria Customs Command and Staff College, Gwagwalada, Abuja, was forced to land few seconds after take off on Thursday.

The chopper had earlier taken the Vice President to the college for the ceremony.

Upon take off, the white chopper with yellow and blue stripes, could not ascend beyond the trees level before it emitted thick smoke and landed on the same spots few seconds after take off.

The Chief of Army Staff, Lt. Gen Tukur Buratai and Chief of Air Staff, Air Marshall Sadique Abubakar, had already departed from the venue with their respective convoys. Osinbajo later left the college by road.