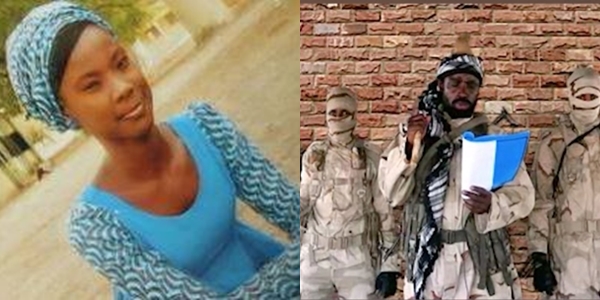 Dorcas Yakubu is one of the Chibok girls who was kidnapped by the deadly Boko Haram sect from their school some four years ago.

She has since remained out of sight and in the strong grip of the terrorist sect. However it has been revealed that she is marking her 20th birthday today.

The revelation was made by former Nigerian minister, Oby Ezekwesili, who is also the convener of the #BringBackOurGirls campaign.

Ezekwesii made the revelation via her Twitter page where she wrote: “Dear @NGRPresident @MBuhari , this girl-child is Dorcas Yakubu. She was abducted 4 years. Today is her 20th birthday.

“Do you anymore THINK of the INJUSTICE of YOUR FAILURE TO KEEP THE PROMISE YOU MADE to RESCUE DORCAS & her remaining other 111ChibokGirls & Leah Sharibu of Dapchi?”