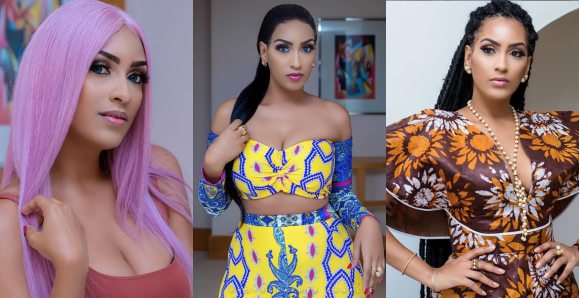 It is possible that Nollywood actress, Juliet Ibrahim is out here giving us hints that her relationship with rapper Iceberg Slim may as rumoured, be definitely over.

Ibrahim took to her twitter page to shake tables, talking about the way men lie, saying it is possible Eve in the bible as written, wasn’t the first to eat the forbidden fruit.

Juliet Ibrahim is a Ghanaian actress, film producer, singer and humanitarian of Lebanese, Liberian and Ghanaian descent. She won the Best Actress in a Leading Role award at the 2010 Ghana Movie Awards for her role in 4 Play. She has been referred to as the “Most Beautiful West African Woman” according to A-listers