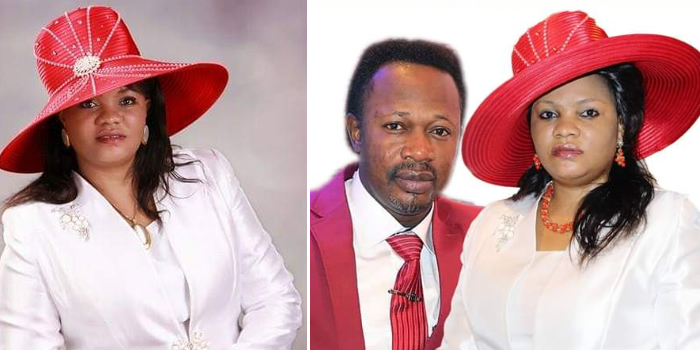 Last weekend,  the founder of Champions Royal Assembly, Pastor Joshua Iginla, made a shocking revelation about the crash of his marriage to his wife, Yemisi.

While preaching in his church, Pastor Iginla told his congregation that his wife, Yemi, had a love child and he kept it a secret because he wanted their marriage to stand the test of time. He also confessed that he too had a love child while they were married.

According to him, his wife and himself were AA and AS genotype and he found out that their first child, a girl, had an SS genotype which biologically is not possible. He told his congregation that he kept his wife’s secret of infidelity to save their marriage but that when his wife knew he fathered a child outside their marriage, she made life a living hell for him, always threatening to expose and disgrace him.

Tired of the threats, he decided to come out and confess publicly. Watch him confessing to his church members here.

Now his estranged wife, Yemisi, has broken her silence. In an interview with Freeze, Yemisi denied having extramarital affairs with anybody while they were married. She swore that all the three children they have are all his. She said Pastor Iginla’s mistress sent her a message asking her to share him with her and that if she doesn’t she will take him from her.

”If he says I am lying, he should come up and do a genotype. The three children her his. May major pain at the time was that Syella, the South African prophetess was always with him and I was surprised that he got married to Stella.

My three children are his, I have never lived a promiscuous life. I am speaking out for my children’s sake and their destiny” she said

Watch excerpts from the interview below

Infidelity scandal: Wife of Abuja-based Pastor Iginla breaks her since, denies having a love child while they were married