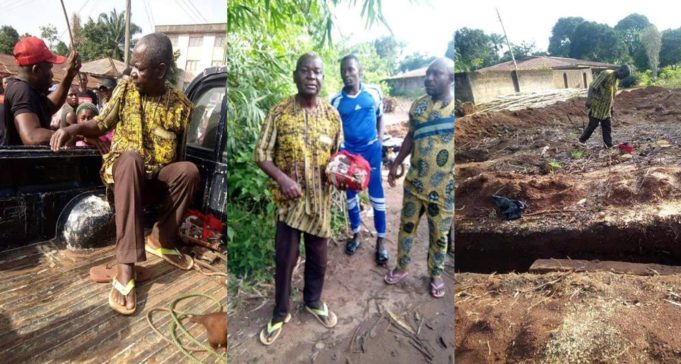 An elderly man was paraded by members of his community after he was allegedly caught depositing charms on a young man’s land.

He accused him of trying to plant the charm on the land where he planned to establish his small scale business.

Francis Obidi was paraded with the charm before he was driven out of the community.

Man butchers lover, sells parts to herbalists and clerics for N1000 each