Since the release of his version of Childish Gambino’s “This is America”, which he titled, “This is Nigeria”, the rapper has remained in the news.. and was recently called out by an Islamic group named, “The Muslim Rights Concern (MURIC)”.

The Islamic group, apparently, claimed that the singer disrespected their religion, and as thus, threatened to sue the singer.

While addressing the issue, Falz referred to their claim as baseless.

In an exclusive chat with Ademola Olonilua of Punch, Falz spoke at length on the reaction that ensued the release of his This Is Nigeria video.

Read the excerpt below:

Barely a week after American artiste, Childish Gambino released his hit song, ‘This Is America’, you made the Nigerian version of the song, This Is Nigeria. How did you come up with the idea? 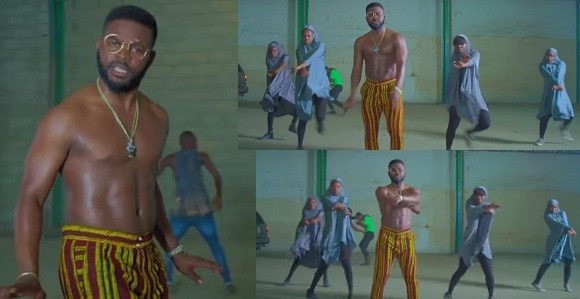 It was more than a week after Childish Gambino released his song, This Is America, that I released my version, This Is Nigeria. When I saw the Childish Gambino version, I liked the idea because I felt it was a very creative way to tell the American story especially as regards the political and social space over there. One day, I was listening to the song again and I got the idea of doing a remake of it from my own perspective as a Nigerian; so I decided to go for it.

One would have thought you would just do an audio version of the song but you went further to shoot a music video, why?

As soon as I recorded the audio, I thought that was half of the work. I had to do the video because the original song had a powerful visual. I believed that my work would be complete if I did a video as well. I wanted it to be equally as powerful as the Childish Gambino’s version so that it would resonate in our political and social space as well. Within about five days after recording the audio, I shot the video.

The video made its way to American rap legend, Diddy’s Instagram page. When you saw it, how did you feel?

It was very amazing. I did not expect that; neither did I see it coming, so I felt very excited because someone so influential like Diddy was giving me a nod of approval with the song. It was a great thing to witness. Growing up, I always saw him as an icon and Diddy is a legend. He is someone that we all looked up to growing up and we all know how influential he has been in the international hip-hop world. He was definitely one of the artistes that I looked up to as a young person. 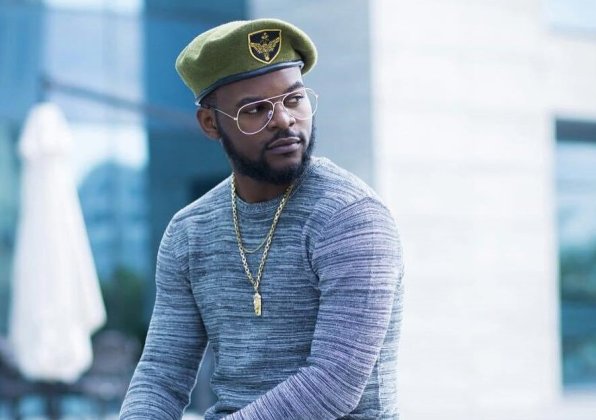 Some Nigerians said that when you released the video, your colleagues did not applaud its creativity till Diddy posted it on his Instagram page…

I disagree with that because when I posted it on my page, I saw a lot of responses and comments from celebrities and other Nigerians that it was a creative work of art and they supported me. But definitely when Diddy posted the video on his page, more people commented.

An Islamic group, The Muslim Rights Concern, claims that you disrespected Islam by featuring girls in hijab dancing Shaku Shaku in the video. Why was that scene in your video?

I think it is very clear what that scene represented in the video. The message is very clear because the girls there symbolise the constant issues and troubles that face the innocent girl child in Nigeria, especially in the northern part of Nigeria. They have been victims of kidnappings and we have the case of the Chibok girls and recently the Dapchi girls. Till date, most of the Chibok girls have not been found while a Dapchi girl is still held captive. That is what those girls symbolise. I feel everyone got the message and it is absurd that a group of people like MURIC alleged that it is a hate video. I do not think that makes sense in any way because in the same video, I spoke about other issues like insecurity, corruption, and I even talked about pastors. No Christian has come out to say that it is a hate video; so what is MURIC talking about? I do not really understand them.

But why did the girls in hijab have to dance Shaku Shaku which is a secular dance step?

If you noticed, I was dancing as well and the dance was symbolic. The dance was symbolic of entertainment being a distraction from everything that is happening in our society. Shaku Shaku is the most popular dance step in Nigeria and it is currently in vogue; it is pretty clear that with all that is happening, everyone is embedded and carried away with the dance culture. I was just trying to say that everyone is too carried away with entertainment that they seem to forget all the things that are happening right in front of our faces.

Did you expect this kind of backlash from anyone especially the Muslim society?

We learnt MURIC wants to drag you to court. Is that true?

Yes. I feel it is very funny because there is no cause of action, to be honest. There is no law that is against young ladies dancing in hijab. There is absolutely no basis for a legal action, I mean, people dance in hijabs all the time in movies and parties. In fact, designers have made sportswear that have hijabs, so why are they not saying that is a disrespect to the religion? I think it is a baseless allegation.

So you are convinced that you did not insult the Islamic religion with the music video?

I have the utmost respect for Islam as well as every other religion but what I think our people need to focus more on is how to get away from being religious fanatics. It is one of our biggest problems and it was an issue I addressed in the same song and visual.

There are reports online that you said you are prepared to meet MURIC in court. Is that true?

You once said that you want to be an activist through your music. With the heat this song has brought to your doorstep, do you think you are prepared to travel that path?

I am very prepared and I know that social conscious songs like this do not come without repercussions and reactions. They do not come without backlash. It is something I have thought about and it would definitely come my way but if you are going to speak the truth, then you have to stand for what is right. This is something I am going to continue to do and I would always stand for what is right.

How has your father reacted to the video and the controversy trailing it?

Political commentary and socially conscious music is something my father has always encouraged me to do; so he was happy when this came out.

Already there are memes on the internet about Falz vs MURIC. Are you aware?

Are you not afraid for your life?

I am not afraid, I am protected by God. If I am speaking the truth which is the right thing to do; I don’t think anybody can harm me.

With this music video, you have set the bar high for your colleagues and yourself as well. What is next from your stable?

I am going to keep releasing a lot of more interesting music but as regards socially conscious songs, I am working on a complete project that would be dedicated to talking about societal ills. Aside from that, I would still release some feel-good music for people to dance to.

Actress, Bose Alao apologize to her husband for putting news of their troubled marriage on social media

Chioma lashes out at Davido, angrily walks out on him in London (Video)