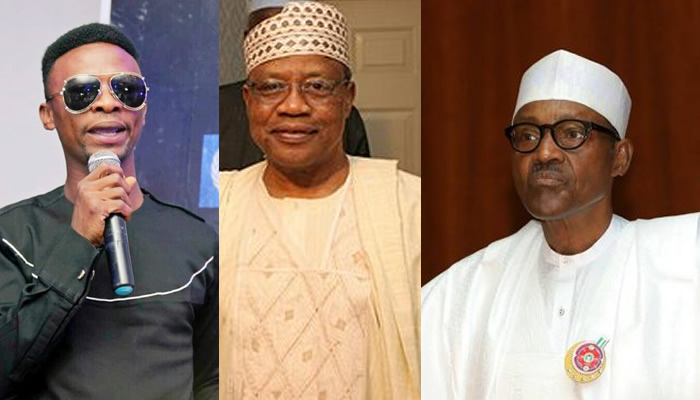 He said Babangida should be thrown behind the bar should he fail to apologise to Nigerians for depriving them the gains of an election adjudged to be the fairest and freest in the history of Nigeria.

I Go Dye made his opinion known in an open letter to the President in commemoration of the new status of June 12 supplanting May 29th as the Democracy Day.

“Honestly speaking, why should we ignore the man that conspired with others unknown to Nigerians to deny us the freedom and joy of celebrating the most peaceful elections conducted in Nigeria? IBB should apologise to Nigerians for annulling June 12 election. If he fails to do so, he should be prosecuted.

“The recent announcement on the June 12 issue cannot be complete without stating the final results of the elections. It is worthy to recall, just as Goodluck Jonathan gave room for a free and fair election by conceding defeat to you ,which is the greatest honour accorded him today, so will you be highly respected if you totally announce the outcome of the 1993 Presidential elections. This will be the biggest achievement of your administration in it’s fight against corruption.

“After the June 12 saga, majority of Nigerians lost hope in the electoral process and have found it extremely difficult to even collect their voters card or participate in elections. They have continued to live on the assumption that votes don’t count.

“I strongly advise President Buhari, to make them believe that their votes will begin to count again and step up the standard by immediately revealing the true outcome of the 1993 election,with a view to discouraging recurrence in the future and if need be, prosecute those that perpetrated this act against the will of Nigerians,” he said.

He concluded the letter by advising the President not to let another take the shine off him by completing what he had started.

“I appeal to Mr President, reminding him that millions of Nigerians, are anxiously waiting for him to direct INEC to finally declare MKO Abiola as the president-elect in the 1993 elections. Sir, do not allow this opportunity to pass you by, because if you don’t complete this issue, someone else will take the full honour in the nearest future to announce the results to Nigerians

“Take the pride; show that extraordinary bravery and write your name in the heart of the nation ,as the hero of our new democracy by declaring the winner once and for all,” the letter read.