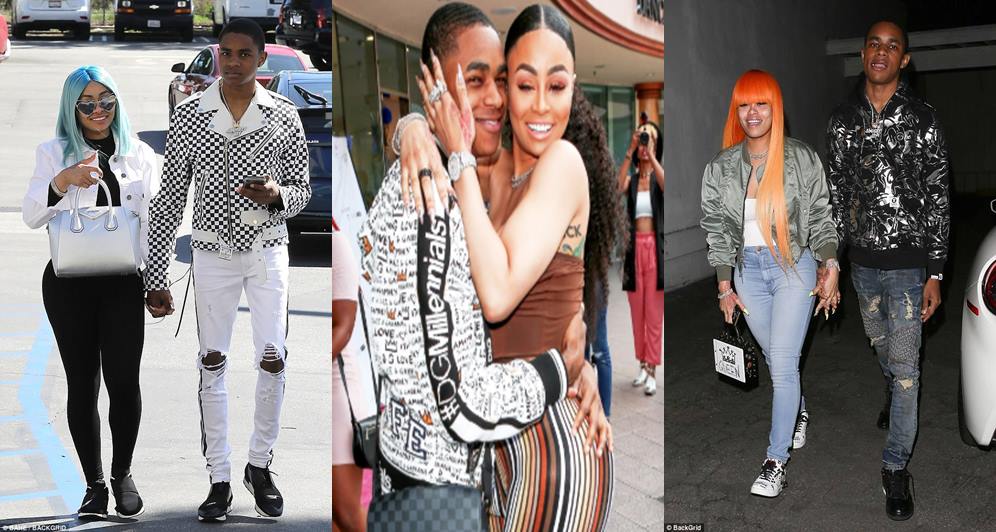 Blac Chyna and her younger man, YBN Almighty Jay, have called it quits — at least according to the rapper.

“@BlacChyna and I Are No Longer Together,” the 18-year-old wrote on his Instagram Story on Tuesday, June 19, tagging the 30-year-old reality TV personality.

The duo, who confirmed their relationship in March, reportedly met on Christian Mingle. They were first spotted together in February at Pinz Bowling Alley in Los Angeles. Reports surfaced in April that Chyna, who shares 5-year-old son King Cairo with ex-boyfriend Tyga and daughter Dream, 19 months, with ex-fiancé Rob Kardashian, was pregnant with Jay’s child. However, sources told TMZ on June 12 that Chyna is not pregnant, just “bloated.”

Jay opened up about the possibility of having a family with Chyna on “No Jumper” in March, telling the podcast hosts that he “don’t wear condoms.”

“I would not want to [sleep with a woman] I did not want to get pregnant,” the “No Hook” rapper said, according to Page Six. “If Chyna got pregnant, I would keep that s–t like ‘ohh daddy love you,’ I love that ass.’”

Chyna, has yet to publicly comment on the breakup, but shared a video of herself laying on a purple couch on Instagram shortly after Jay shared the news. The Lash Bar owner did, however, speak out regarding her other past relationships on Sunday, June 17.

The former Rob & Chyna star accused Kardashian and Tyga of not paying child support writing on her Instagram Story on Father’s Day, “wow Tyga and Rob … no child support BOSS B-TCH ALL 201 …”